Family Sues Catholic Facility Over Refusal to Euthanize Their Mother 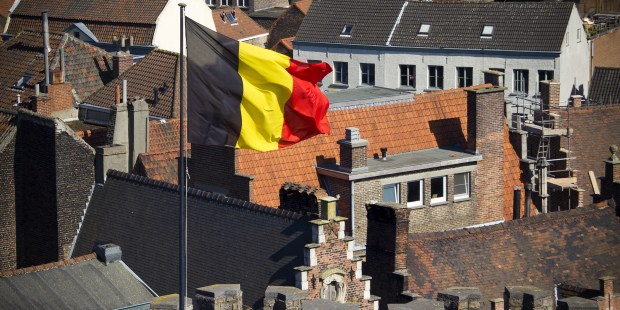 In what is being seen as a “test case” that could determine whether church-run facilities will maintain a perceived “right” to operate under the strictures of their own beliefs, a Belgian family is suing a Catholic rest home for refusing to permit a lethal injection to be carried out on its property back in 2011.

As reported by the UK’s Catholic Herald, Mariette Buntjens, 74, died at home after her family removed her from the Sint-Augustinus rest home in Diest, in order to have the fatal shot administered.

Buntjens’s daughter, Nadine Engelen, is arguing that by refusing on religious grounds to allow the injection to be given on their campus, the institution violated Buntjens’s “right” to die by euthanasia.

“It was terrible for my mother,” Miss Engelen told Belgian media, according to the Herald. “She was still very alert mentally.” Buntjen had been suffering from metastatic cancer.

The suit comes just days after Belgium’s Archbishop Jozef De Kesel — less than a month after taking office — made a strong denouncement of any move to permit or normalize acts of euthanasia within Catholic facilities. As Aleteia recently reported, De Kesel’s remarks were not received well by some.

De Kesel’s remarks were greeted with scorn by some public officials, notably Wim Distelmans, co-chairman of the Euthanasia Evaluation Commission, who said that if the “right to euthanasia is rejected, then that’s problematic.”

“The life of Catholic institutions and subsidies must follow the law,” added liberal member of parliament Jean-Jacques De Gucht.

“Each institution has to ensure that patients who qualify do get the opportunity” for euthanasia, said fellow MP Valerie Van Peel.

At this time, religious believers, including doctors and nurses, are allowed to conscientiously object to participating in euthanasia, but Engelen’s lawsuit argues that religious-owned institutions should be treated differently than individual religious believers. As the Herald notes, some politicians are demanding that if the church will not allow euthanasia within its walls, all public funding should be cut off.

Euthanasia is technically illegal in Belgium, but doctors can avoid prosecution if they follow a set criteria, limiting its administration to “unbearably suffering” patients who are otherwise of sound mind, and the practice is considered very common; its parameters have steadily broadened.

The Engelen civil case, which will be heard in April, mirrors some components of a case soon to be heard in the U.S. Supreme Court, in which the Little Sisters of the Poor will argue that their right to operate their facilities, which serve the elderly poor, in accordance with their religious beliefs is being infringed upon by the government mandates concerning contraception coverage for their employees.