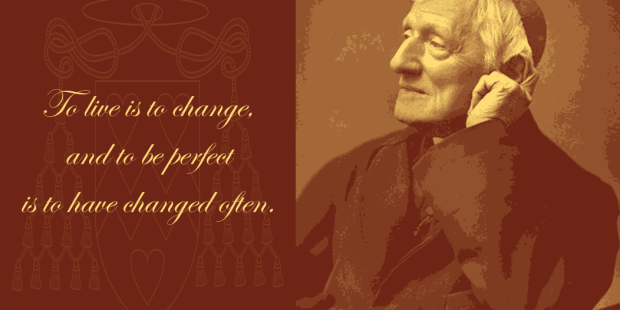 After a thorough local investigation, the Archdiocese of Chicago is forwarding to the Vatican evidences of a possible miracle attributed to the intercession of John Henry Cardinal Newman, Cong. Orat.

If the Congregation for Causes of Saints finds the investigation convincing, it would be a second miracle, and the requirements for canonization would be met, needing only the approval of the pope.

While few details are yet public, the case is purported to involve a Catholic mother who — after asking for Newman’s intercessory prayers — was delivered of a condition that threatened her pregnancy and her life. Her doctors have testified to investigators that they cannot find a known reason for her cure, which was sudden and defied medical explanation.

As is customary, the Vatican is keeping mum while the investigative report is subjected to further examination by the Congregation and its panel of doctors and theologians. Dr. Andrea Ambrosi, the Rome-based postulator for Newman’s cause, will not likely comment on the miracle until approval has been granted, first by the board and then by Pope Francis.

Among modern holy men, Newman’s path to sainthood could be considered rather lengthy, particularly when compared to the swift canonization pronouncements of Blessed Mother Teresa (whose canonization is planned for later this year), saint popes John Paul II and John XXIII, both canonized in 2014, and others. Although he died in 1890, initial documentation for his cause was only sent to Rome 68 years later, in 1958, and his beatification was celebrated by Pope Benedict XVI in 2010, during Benedict’s successful papal visit to the United Kingdom.

One possible explanation offered for the delay suggests the time was needed to  thoroughly explore Newman’s vast writings and correspondences, but it must be noted that John Paul’s writings were equally as voluminous and weighty and did not require decades of study. A better explanation might simply be that all things happen in God’s own time.

Newman is already the patron of the Personal Ordinariate of Our Lady of Walsingham, and if he is canonized, Newman will very likely be considered a patron saint of converts to Catholicism. A former priest of the Church of England (and harboring, as he confessed, strongly negative views of Roman Catholicism), Newman’s conversion began as he studied the early Church Fathers. (“To be deep in history,” he wrote in his “Essay on the Development of Christian Doctrine,” “is to cease to be a Protestant.”)

In October 1845, he was brought into the church by a Passionist priest, Blessed Dominic Barberi. He was later ordained to the Catholic priesthood in Rome, where he joined Oratory of Saint Philip Neri, returning to England to found what has become known as the Birmingham Oratory.

While making note of Newman’s deep intellectual legacy, Pope Benedict said of Newman, “He lived out that profoundly human vision of priestly ministry in his devoted care for the people of Birmingham during the years that he spent at the Oratory he founded, visiting the sick and the poor, comforting the bereaved, caring for those in prison. No wonder that on his death so many thousands of people lined the local streets as his body was taken to its place of burial not half a mile from here.”