For the Love of God and Music, Monks Suffer Notoriety 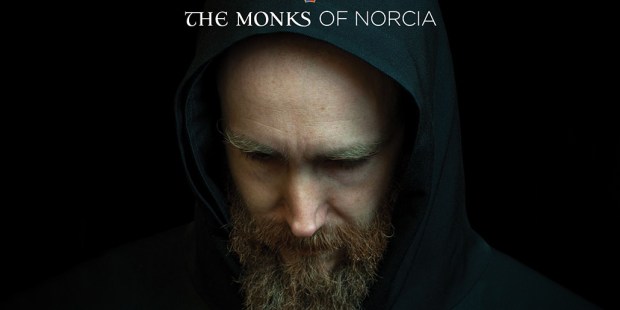 Benedictines give up anonymity to bring Gregorian chant to millions

They say they didn’t move all the way from the United States to an obscure town in Italy just to end up as the latest media sensation. But there they are, topping charts with the CD Benedicta: a dozen or so men who wanted to withdraw from the world to focus on God are now known all over the world for the chants they sing every day.

The CBS News show Sunday Morning featured New England native Father Cassian Folsom and his fellow Benedictines in Norcia, the birthplace of St. Benedict. Father Folsom left his secular life in 2000 to reestablish monastic life in a place where it had ironically not existed since 1810.

About the only thing Father Folsom did not leave behind when he went behind cloistered walls, the report noted, was his love of music.

The Monks of Norcia have tried to restore traditional Benedictine life, preferring the Latin Rite Mass in the Extraordinary Form  —  the so-called Tridentine Mass. As they became “proficient” at what they do, the monks made private recordings for friends.

And then they got “discovered.”

Now, with the help of De Montfort Music, they have taken their place alongside the Monks of Silos, Spain, whose recordings back in the 1990s exposed millions of listeners around the world to the beauty of Gregorian chant.

And that, even more than hitting number one on the Classical Billboard Chart, is what makes the Monks of Norcia happy.

“It shows there is something in the music that attracts people, across a huge spectrum,” Father Folsom said. “And that something, I think, is a desire for what people today call ‘spirituality,’ something more than the everyday lives that they lead.”