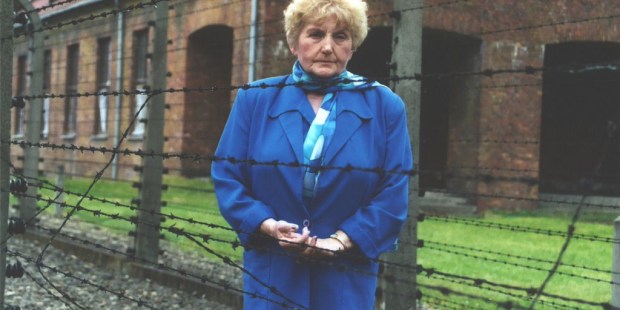 “Forgive your worst enemy. It will heal your soul and set you free.”

In December, we brought you the story of Eva Mozes Kor, the Auschwitz survivor who adopted the grandson of her Nazi captor.

As a young girl, Eva Mozes, together with her twin sister, Miriam, was deported by the Nazis from Romania to Auschwitz. She was freed in 1945 by the Russian army, along with 200 other children who miraculously survived.

In the extermination camp, the twin girls ended up in the hands of the camp surgeon, Dr. Joseph Mengele, who was known as the “angel of death.” Mengele performed inhuman medical experiments on prisoners, especially on twins.

But the sisters survived. And Eva, who later relocated to the United States, has devoted her life to promoting a message of forgiveness.

As a sign of forgiveness even to her Nazi captors, Eva “adopted” Rainer Höss, grandson of the infamous camp commandant Rudolf Höss, who was hanged by the Allies in 1946 after the end of the Third Reich.

The story of the adoption originally appeared in Aleteia’s Italian edition.

On Saturday, January 16, we spoke with Eva Mozes Kor, who wished to clarify reports regarding the nature, circumstances and status of the adoption. Mrs. Kor said:

Despite the ending of the relationship, Mrs. Kor continues to promote forgiveness, even of one’s worst enemies. She told Aleteia: “I don’t want people to be trapped in hatred, pain and unforgiveness. Auschwitz is a most extreme example.”

“Forgive your worst enemy. It will heal your soul and it set you free.”