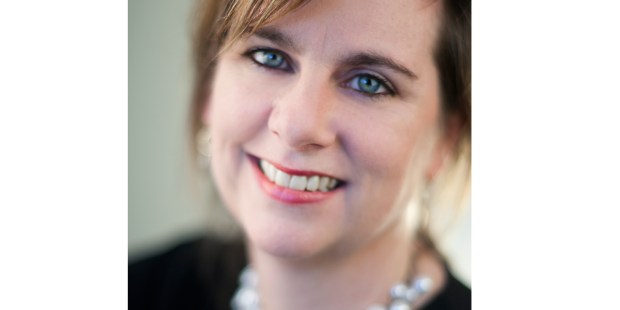 The Susan B. Anthony List was the pro-life answer to Emily’s List. While Emily’s List raises money to back pro-choice women’s political campaigns, the SBA List supports women who will work in public office on behalf of the unborn. Its founder and leader never envisioned herself working professionally for the pro-life cause, but a conversion in college set her on a different course.

As Marjorie Dannenfelser, president of the Susan B. Anthony List, prepares to participate in the March for Life this Friday, she looks back at a time when she was touched by the gentle but firm witness of pro-life people she encountered while she was a student at Duke University in North Carolina, and how that has made all the difference in her life.

People attending the March for Life each year are hoping and praying for conversions: primarily that the Supreme Court will overturn Roe v. Wade, but other conversions as well. You had a conversion yourself, back in your college days. What happened?

The seeds of conversion are invisible. So much happens that you don’t know the things that are invisible. Grace is always there. I came from a very pro-choice background, but kind of more by default. It was never discussed at all. It was the A word, rather than saying abortion. It was not a very difficult position for me to embrace myself. I thought that it was the smart thing to do. I would have had one in a minute if I had thought I needed one. … My politics were very libertarian. When I went to Duke and was elected to represent College Republicans, that’s what I wanted my leadership to be: we should stay away from all these personal contentious issues and talk about things that really matter. I repeated all those pat phrases that make no sense, like “It’s my body, my choice,” “It’s none of your business, this is not a decision that you’ll ever have to make.” I embraced all of those.

There are always people and ideas that come your way for one reason or another. I had never met Catholics. I had never met people I really got to know who were pro-life and really understood their position from a spiritual level, and when I came to DC I met quite a number of people like that. And they were very merciful, good and strong, meaning they were not judgmental, and they were compelling in their arguments.

After interacting with some people who were so attractive to me, I came back, changed my major to philosophy and really dug in on fundamentals. When you start studying philosophy and you adhere to its rules, it is very difficult to make a pro-choice argument without encountering what the topic is. And the topic of abortion is what’s being eliminated. The beginning of my conversion was answering that question with “I don’t know.” Because I had been outspoken in terms of being pro-choice, now it impacted me because I was arguing something I wasn’t clear on. To say you don’t know means you are at least willing to take a risk with another human being, advocate for risk-taking with other human beings.

So that was probably the first step, which was kind of like suspension of disbelief that this might or might not be another person. As time went on, it became, “Okay, I’m never going to know; I don’t have the mind of God. … But I know when life begins — it’s a matter of science — and I can’t prove that it’s not a human being, and I know that we all began that way.”

And so it became very clear to me that I had been wrong, and my conversion was swift and complete, and I restarted a pro-life group …

And you were still at Duke.

I remember one day, kind of with the passion of a fresh convert, I attended an advocacy event on the quad at Duke. It was all liberal and pro-choice groups of every stripe. I remember getting up there and speaking, and was just … I knew it was contentious, but I didn’t expect the venom and the slander and hatred that came my way. [To them] I was a woman with no self-respect, easily manipulated, had very little intellect, and most of all I had no respect for myself or other women. And that I was privileged. I said, “How could you presume to know anything about me or how I arrived at this position just because you just heard what my position is?”

That must have steeled your resolve.

It made me examine what women had done to pervert this issue in such a crazy way, that acts of self-respect were inverted to appear as lacking in self-respect.

So, fast forward to working on Capitol Hill, and after working at the Heritage Foundation. I never imagined I would have a profession in the pro-life movement, but what I saw was, working in the House of Representatives, a whole lineup of Democratic women saying exactly what I had heard on that quad that day back at Duke, pointing fingers at all the men who were speaking. They were saying, “You have no right to speak, you privileged, narrow-minded, religion-imposing men.” I did believe there needed to be women who could speak to put all those claims to rest.

When I started having kids and went home, I found a group of women at Feminists for Life who were interested in doing something along these lines, so I started doing that from home. … What I knew was missing, certainly there was women’s leadership, but even more so was the electoral arm. … Every pro-life group was set up to educate, which is important, because you have to have facts on your side, but they didn’t have the political muscle. We didn’t have the power to leverage that in elections, so that we would elect leaders who would pass laws that would save lives. I found that somehow there were people in the pro-life movement who were arguing against getting involved in the electoral process. … Every movement in American history that was a civil rights or human rights battle had to have law to mark success and to make permanent the gains that were in people’s hearts. The law is a teacher, but also the law prevents evil from happening.

I don’t suppose you witness too many conversions among the people you meet in politics, do you? Or maybe you do.

Usually when they arrive in Congress, they stake out a claim, and that’s pretty hard to change. [Republican presidential candidate Mitt] Romney was a convert on this, but not that many.

The change that I have seen, and see every day now, is more of a conversion by increment, a stronger and stronger conviction on the part of people who say they’re pro-life who are in public office. They have gained passion for it because they have paid more attention to it; it’s not just a lapel sticker …

Change is a risk. Not many people involved in politics want to take a risk. To be a convert you cannot be risk-averse, because you’re jumping in and you don’t know where you’re jumping, necessarily.

I think Pete Roskam of Illinois is a good example. He’s from Henry Hyde’s old district. There was no question he was pro-life. But I had not seen his leadership. Henry Hyde’s district was always diverse, meaning kind of evenly divided between pro-life and pro-choice. So to lead is a little bit of a risk.

With Pete, though, and quite a number of others, I’ve seen in the last couple of years, post-2012, around 2013, 2014, people who viewed the [abortionist] Kermit Gosnell horror — they actually saw it, in terms of people who paid attention — and then later the Planned Parenthood videos. I’ve actually talked to Pete, who said, “I’ve got to do more.” That was around the time of Gosnell, everything that was coming out about that clinic in Philadelphia.

He’s always been a pro-life congressman, but that seems to be his passion now.

Sometimes it comes on the job because you are actually seeing what you are up against, more than others are. And you have your own unique responsibility to do something about it. You have the capacity to lead Congress to pass laws to establish justice. It’s a weighty responsibility if you are a pro-life member of Congress or a senator or president.

This time next year, we’ll see a new president being inaugurated. Would you venture to speculate on how this presidential election year will unfold?

One thing I would say is that we are in a much stronger position than we were in 2012. All of our candidates in 2014 were on offense. … We and our allies and the Republican Party have put the Pain Capable bill at the center of the conversation, rather than allowing the other side to define the terms of the debate. So everything that has happened legislatively up until now — the effort to de-fund Planned Parenthood and stopping abortion after five months — all those are the backdrop for this presidential cycle.

All the Republican primary candidates are pro-life. They all want to wear that label. That was not the case a decade ago, not even close. Not even four years ago. They are strong and they are confident about what to articulate, how to articulate it.

So I think that on this issue they are set to do a very good job, and I am very confident that next January we will have a pro-life president.