I Asked God to Teach Me Mercy. Then This Fight Happened 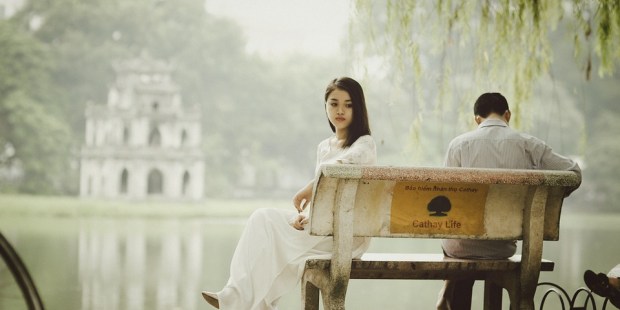 I didn’t want to be merciful, I wanted to be mad

A few weeks ago my husband and I got into this huge fight. It was a serious fight that lasted for an entire week. I learned quite a lot about mercy in marriage during that week.

I don’t know about anyone else, but when I ask God to teach me about something, he doesn’t infuse me with knowledge but gives me plenty of chances to learn and practice at whatever virtue I’m praying for. I asked God to help me be more merciful to those around me. Then this fight happened.

I didn’t want to be merciful. I wanted to be mad, and hurt, and to hold a grudge. I wanted to not like my husband. And believe me, I didn’t like him much throughout the week.

Here’s the thing about mercy: nobody deserves it or earns it. I don’t deserve or earn the mercy of God when it comes to my sins and shortcomings, that’s for sure. It is very easy for me to accept the mercy of others when I need it, but the idea of being merciful toward someone who has hurt me? Well, that makes no sense whatsoever! That just seems crazy.

I want people to pay for what they have done to me. A lot of people have done things to me and have gotten away with it. But see, that’s my problem. Thinking that somehow I am owed something and that by holding that grudge I am winning something is completely wrong. The truth is I am always the loser in those situations. I’m the one who is miserable, and the person who hurt me is just fine because that person doesn’t even think about it.

After a week of fighting and apologies on both sides of this fight, I had a choice to make. Either I forgive my husband completely and let it go, or I could hold onto my anger and hurt. I could be merciful or resentful. The choice was very clear to me. It was also very clear that I had absolutely no right to deny him mercy. If I was going to do that, then I needed to accept the fact that I had no right to ever sit in a confessional again and expect God to forgive me of my sins.

When that became clear to me, I chose to let it all go. It was by the grace of God that I could just let go of the anger, pain and betrayal that I felt and could look at my husband as a human being who, like me, is trying his best. He isn’t perfect; who is? He will fail; he will fail me, and he will let me down, and I will do all of those things too. I have done it plenty of times and regretted it. He has always accepted my apologies and my attempts to do better. Now I had to do the same.

I had to look at him and not hold him responsible for all the other men who have abandoned me, hurt me and left me with wounds to heal, because he is not any of those men. He is the man who stood at an altar in a Catholic Church and promised to love me as best as he could, and when he failed, he could trust that God’s love would make up the difference. God has done exactly that!

The moment that I chose mercy, I was freed from all of those other grudges that I had been holding onto for so very long. Spiritually, I felt a million pounds lighter, as though a huge roadblock between God and me had been cleared off the road.

My marriage is in a really great place too. My husband and I fell in love all over again for no reason; we just like each other, and we laugh over silly things. We spend hours watching bad reality TV about living in the Alaskan bush, and we dream about our future. I feel like the chains have been broken, and I can allow my husband to love me.

When Pope Francis declared the Year of Mercy, I never would have guessed just how much I needed to learn how to be merciful instead of always receiving it.

Leticia Ochoa Adams is a radio host at Breadbox Media and a regular contributor to the Jennifer Fulwiler Show at the Catholic Channel on Sirius XM. She writes at http://www.letiadams.com and Catholic Stand.com and has a blog at patheos.com.