Dear Millennials: Save Us 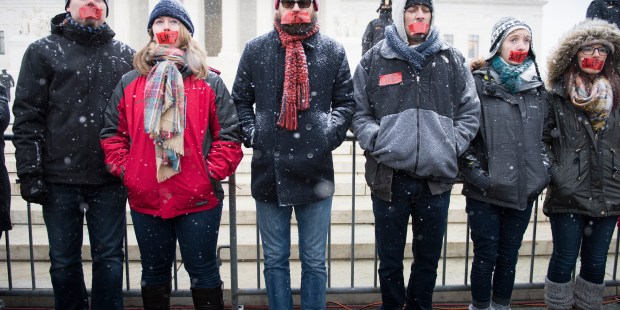 We can’t beat Goliath, but you can

I have come not to praise you but to plead with you: “Save us.”

“Do me a favor,” a former student wrote to me this week. “Tell your readers that millennials are the Church’s future, not the Church’s downfall.”

He said he has noticed a spate of articles recently blaming you millennials for problems in the Church: You pick and choose what you will believe; you drift away from commitments; you can’t be trusted. He was sick of it.

I told him that I have praised Catholic millennials before. Through the magic of Aleteia, I praised them in Italian, Spanish and French … but not English. But I told him it is not the time now to praise millennials, it is the time to plead with millennials.

You millennials are like David was before Goliath right now, not David after Goliath. David holding Goliath’s head in a triumphal fist deserves praise. David, the ruddy youth pushing to the front of the line to face Goliath, is still a question mark. Actually, he is a question mark with an exclamation point of alarm after it.

I get this David and Goliath metaphor by way of Kansas City, Kan., Archbishop Joseph Naumann, who was addressing a bunch of teens, including two of mine, at a send-off Mass on the way to the March for Life last week.

But what he said is true: the whole company allowed David to come forward, because no one else can do what he could do. We are all too big and too old, not nimble enough; too afraid of looking naïve to have the bold faith in God it takes to face down a giant.

Don’t get me wrong. I am not an old man; I am 46. But I can’t do what you can do. I am simultaneously fascinated and baffled by modern technology. The changes in the world are making my head spin. I love Pope Francis and his culture of encounter, but am kind of at a loss as to how to make all of that happen.

That’s where you come in, David. We need you to take care of some things.

First, we need you to formulate the arguments for us. I like what Helen Alvare said in the Human Life Review symposium about the pro-life movement in 2015. She explained why there even had to be a Human Life Review — a journal covering a “single issue” for decades:

“Everyone who has ever engaged an acquaintance on the topic knows that a person’s abortion opinion signals his or her views on numerous other issues. In order to engage about abortion, therefore, it’s necessary to address other presumptions or preferences or commitments swirling about the orbit of the abortion question. This should come as no surprise. You don’t decide that killing human beings is okay without signing off on several dozen other conclusions, deep and shallow, great and small, explicitly or sub rosa.”

It’s true. That is what previous generations did: they spent hours of brainwork sifting through the arguments and counterarguments and accusations and defenses to develop a pro-woman, pro-child abortion response that is ironclad in its logic and utterly genuine in its caring. And it worked; more people than ever are pro-life.

You need to do that for new issues. You are young; we are old. We grew up in a world where we didn’t have to defend old assumptions about sexuality, the definition of marriage or religious freedom. We are trying our best, but you are really far better suited to the task. You understand how this emerging culture thinks; in your schools and friendships and pastimes, you have been where it is coming from.

You need to spend time unpacking the wisdom of the Church, finding its power and freshness and sifting through the complaints of the culture, finding the kernel of truth in them and looking for what they are longing for and how the Church answers it.

I know, many of you are already doing that and communicating the results through startling new forms of media.

But still, millennials, I am not going to praise you. Not yet.

Instead, I’m going to sit back and watch you push your way to the front, where Goliath is. I expect to be surprised by the beautiful ways you prove that our God can reach his people through your generation. I expect to see your faith and courage win the day. Now go!

Related:
Kathryn Jean Lopez: Catholics On the Bus: The March and the Long, Snowbound Journey Home