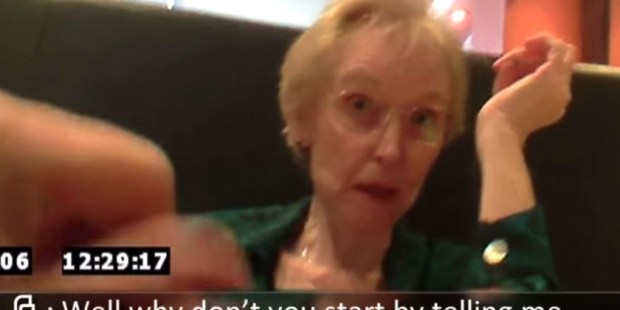 Clears abortion provider of any wrongdoing

David Daleiden and a colleague, who produced about a dozen videos last year purporting to show Planned Parenthood’s unseemly involvement in the sale of aborted baby parts, have been indicted by a grand jury in Houston. Ironically, the grand jury was investigating allegations of misconduct against Planned Parenthood.

The indictment was reported Monday evening by The New York Times, which said “the record-tampering charges accused Mr. Daleiden and Ms. Merritt of making and presenting fake California driver’s licenses, with the intent to defraud, for their April meeting at Planned Parenthood in Houston.”

In a statement, the Harris County district attorney, Devon Anderson, said Monday that grand jurors had cleared Planned Parenthood of any wrongdoing. She did not specify in the statement what record or records were allegedly tampered with.

The Houston Chronicle said the probe began after the Center for Medical Progress released footage of the Houston clinic as part of a series of videos showing Planned Parenthood officials casually discussing the methods and costs of preserving fetal tissue for scientific research.

That prompted allegations that the organization was profiting off of tissue—an allegation that was never proven—and sparked calls for an investigation from Gov. Greg Abbott, Attorney General Ken Paxton and others.

“We were called upon to investigate allegations of criminal conduct by Planned Parenthood Gulf Coast,” said Anderson, a Republican. “As I stated at the outset of this investigation, we must go where the evidence leads us.”

A statement posted on the CMP website said the organization uses the “same undercover techniques that investigative journalists have used for decades in exercising our First Amendment rights to freedom of speech and of the press, and follows all applicable laws.

“We respect the processes of the Harris County District Attorney, and note that buying fetal tissue requires a seller as well,” the statement continued. “Planned Parenthood still cannot deny the admissions from the leadership about fetal organ sales captured on video for all the world to see.”

Gov. Greg Abbott, a Republican, said on Monday that the inspector general of the state’s Health and Human Services Commission and the Texas attorney general’s office have been investigating Planned Parenthood’s actions, The Times reported:

“Nothing about today’s announcement in Harris County impacts the state’s ongoing investigation,” Mr. Abbott said in a statement. “The State of Texas will continue to protect life, and I will continue to support legislation prohibiting the sale or transfer of fetal tissue.”

The state attorney general, Ken Paxton, said in a statement: “The fact remains that the videos exposed the horrific nature of abortion and the shameful disregard for human life of the abortion industry. The state’s investigation of Planned Parenthood is ongoing.”