Films of Faith and Fury: The Best Movies to See Before Oscar Night 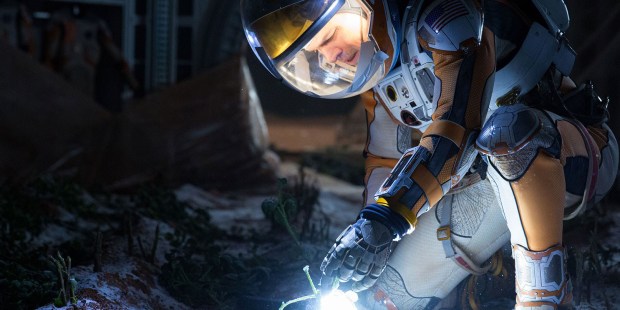 Of the eight movies nominated for Best Picture at this year’s Academy Awards, only one of them, The Martian, appears on the list of the top 20 highest grossing films of 2015. Once again, the rift between what Hollywood believes was its finest work over the past year and what the average moviegoer actually wanted to pay to see couldn’t be more obvious. That begs the question: Which of the nominated films are as worth watching as Hollywood would have us believe?

Without a doubt, The Martian is the easiest of the eight to recommend. This story of an astronaut stranded alone on the planet Mars is chock full of crowd-pleasing moments. And not only does The Martian deliver an involving story, it does so while celebrating both the achievements of science and the worth of each individual human life.

A bit of a tougher watch might be Mad Max: Fury Road, 70-year-old George Miller’s return to the franchise that made his directing career. The movie, which is basically a filmed-to-perfection two-hour-long car chase, has scenes of intense violence and disturbing imagery that some audiences could find off-putting. For the strong of stomach, however, the carnage is well balanced by a narrative with underlying themes of the desire for redemption and the need for hope.

The Revenant is also something of a grueling experience, telling as it does the bloody struggle for survival of a fur trapper left for dead after being mauled by a bear. The film is a bit more upfront with its spiritual themes than Fury Road, with the main character spending his time between horrors contemplating the consequences of seeking revenge. Sadly, the movie fumbles its last five minutes and nearly renders all its hero’s trials and musings meaningless.

If the first three films on our list make it sound as if this year’s Best Picture category is all blood, guts and spaceships, fret not, for the rest of the list is made up of the kind of prestigious dramas we’ve come to expect from the Academy. None of the nominees exemplify this more than Steven Spielberg’s Bridge of Spies. Tailor-made for the over-50 crowd, this is a meticulously crafted retelling of the unlikely true story of James Donovan, the unassuming insurance lawyer who was recruited by the U.S. government to broker the release of captured spy-plane pilot Francis Gary Powers. While the film threatens to lapse into boredom on occasion, it’s still enjoyable to watch Tom Hanks do his best Atticus Finch as the movie’s principled main antagonist.

A little less principled are the characters played by the ensemble cast of The Big Short. Delving into the chaos surrounding the housing bubble burst of the mid-2000s, the film follows the real-life efforts of a handful of individuals who foresaw the coming financial crisis and found a way to make billions off it. Although probably the worst-made film on the list on a technical level, The Big Short still manages to be both entertaining as well as thought provoking, especially in its exploration of how capitalism can be abused when profit becomes the only motive to succeed.

Rounding out the trio of true stories on the list is Spotlight, the surprisingly non-histrionic retelling of the Boston Globe’s investigation into the child abuse scandals that rocked the Archdiocese of Boston. While the film in no way paints the Church in a good light, its focus is more on the necessity for good journalism rather than on Church-bashing. Still, it can be a painful watch for Catholics as it’s a stark reminder that evil can creep into even the most holy of places if it is allowed to.

Room also deals with the effects of evil, but on a much more personal level. It tells the story of a young woman and her son who, after being imprisoned in a small tool shed for seven years, manage to escape their captor and try to make a life for themselves in the much larger world. Don’t worry, it’s not as much of a downer as the setup implies. While the film has its heavy moments, dealing as it does with the mother’s post-traumatic stress and the son’s fear and confusion when confronting the outside world, the overall tone is a pleasantly uplifting one that celebrates the resilience of the human spirit.

Finally, there is Brooklyn, which is probably the most pleasant surprise out of all the nominees. Brooklyn follows a young Irish immigrant as she makes her way to 1950s America in search of a better life. The treatment of the Church in the film, which is at all times shown to be a positive influence on the girl’s life, is almost enough by itself to recommend Brooklyn. But add to that a main character who is always likeable (even when she makes a mistake or two) and a simple sweet story of love and life choices, and Brooklyn is easily one of the best movies of the year. It won’t win the award, of course, but out of all the films nominated, it should win a place on your must-see list.