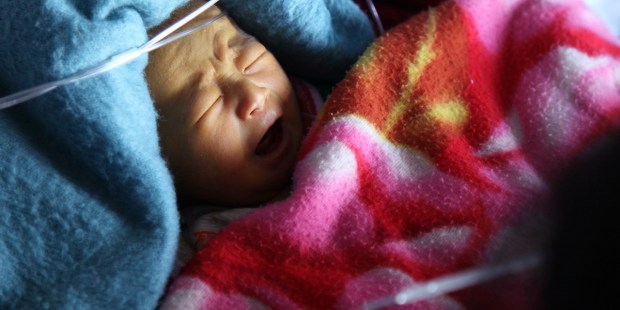 How do you fight the good fight when every weapon you have is a double-edged sword?

[In Genesis] God gave two commandments to our first parents: to transmit human life: “Increase and multiply,” and to bring nature into their service: “Fill the earth, and subdue it.” These two commandments are complementary [emphasis added].

The newest medical scare flooding the news cycle is Zika, a mosquito-borne virus that medical experts for decades thought was harmless, but which has now been implicated in a growing epidemic of brain defects and disabilities affecting not just those infected by the disease but their children. (You can read more about the research and its implications here and here.)

Zika is scary not just because of what it can do — adults who contract the virus are at risk of paralysis due to Guillain-Barre, while infants born to infected mothers can have abnormally small brains, seizures and other maladies — but how it does so. Up to 80 percent of those infected never display symptoms, making it unusually hard to identify and track. Those who do get sick have only mild, short-lived symptoms (fever, headache, joint pain and a mild rash), all gone within a week, that might easily be written off as a cold or other run-of-the-mill virus. After that, you’re fine — until you suddenly develop a rare paralytic syndrome seemingly out of nowhere, or give birth to a baby with a dangerous brain defect (such as microcephaly, the development of an abnormally small head).

What’s worse is that mosquitoes are no longer the only known source of the disease. Evidence has been found that the virus can be transmitted sexually from an infected man to his partner. In the wake of this new discovery, governments have gone into panic mode, urging women in some affected countries to avoid pregnancy altogether until a solution to the problem is found.

Naturally, scared people everywhere are asking what can be done to make the world safe from this new threat. Meanwhile, others are wondering if it could have been prevented in the first place. Because Zika is spread by mosquitoes, a growing number of commentators are asking whether the worldwide ban on DDT is to blame for the increasingly rapid spread of mosquito-borne illnesses like Zika, malaria, West Nile virus, dengue and yellow fever, some of which had been nearly eradicated by DDT before it was banned due to environmental concerns in the 1970s.

“The ban on DDT may have killed 20 million children,” National Institutes of Health researcher Robert Gwadz famously claimed in 2007, but he was talking about the resurgence of malaria, long before anyone had even begun to worry about the ramifications of Zika.

This week, Aurelio Paiva agreed. “[T]he fact is we need to break the taboo of not even contemplating the use of DDT in Brazil,” Paiva wrote in an essay, begging leaders to reconsider the use of the chemical. “DDT has gotten an ugly name. It is not. Ugly names are dengue, Zika, chikungunya and microcephaly.”

The debate over the response to Zika is just getting started, but any solution will inevitably hinge on the same question that has fueled so many debates over human progress in recent years: How do we strike a balance between maximizing our human health and well-being, and minimizing our negative impact on our home, the earth?

Industrial development, wireless communication technologies, pharmaceutical medicine, mechanical transportation, chemical engineering and more have all been implicated in causing potentially irreversible damage to Earth and the creatures we share it with. At the same time these innovations have brought much of humanity out of tents, straw huts and intellectual darkness and put the world at our feet.

Medical technology can identify and treat diseases before a patient even shows symptoms. No longer is a child’s fever a mystery and potential death sentence, at least in the developed world. That’s good news. But that same lifesaving technology also allows us to weed out the weakest of our species, snuffing out their lives before they can even draw their first breath. We have also used it to create weapons more frightening than can be imagined (although it seems we’ve been trying, what with all the zombie movies lately).

Engineering and modern construction have built safe shelter for billions of human beings, preventing their deaths from exposure or predators. But in the process we’ve pushed native species to the edges of their habitable lands, forcing them to either starve to death or breach the perimeters of our cities looking for food.

We conquered the atom and brought clean, abundant power to the masses — but that same knowledge allows us to wipe entire cities off the map, poisoning whoever and whatever is left when the dust settles. Meanwhile, accidents like Fukushima and Chernobyl remind us that we’re still not totally in control of our discovery and that the consequences of failure can be devastating.

DDT, nuclear technology, genetic engineering, modern progress … as humanity fights its way forward, it seems to be armed with nothing but double-edged swords. In this battle, we face Zika — an unquestionable foe that must be stopped. But how far is too far in the pursuit of victory? Will we bring back DDT? Or will we develop a new weapon to use, complete with the requisite number of unintended consequences we’ll have to deal with down the line?

I don’t have the answers, and I’m glad I don’t have to be the one to make these kind of calls.  But here, I’ll provide a link to an essay by a scientist who tried to grapple with some of these same questions, as well as a link to Pope Francis’ encyclical on the environment. Read these two pieces, by men much more intelligent and better-read than I, and tell us what you think in the comment boxes below.

Human Health and the Environment: In Harmony or in Conflict? —David B Resnik, JD, PhD, Bioethicist.

Laudato Si’ — On Care for Our Common Home by Pope Francis.