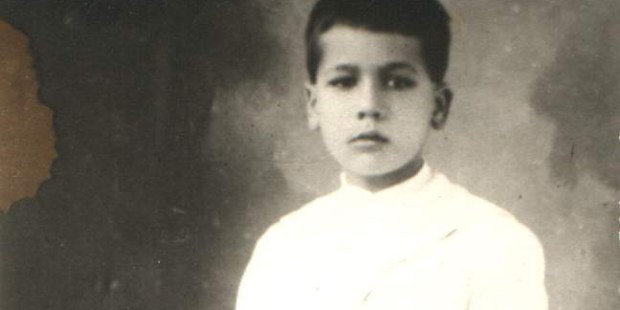 The miracle attributed to a young Mexican martyr who will now be canonized was the healing of a girl from the future saint’s hometown.

Ximena Guadalupe Magallan Gálvez, known by family and friends as Lupis, fought tremendous odds to live, but because of the intercession of Blessed José Luis Sánchez del Río, who was killed at age 14 during the Mexican Cristero war, she is now a healthy seven-year-old.

The Vatican announced last week that Lupis’ cure, attributed to Blessed José, was accepted as a miracle, clearing the way for his canonization. Pope Francis will make his first visit as pope to Mexico Feb. 12-17, though it has not been announced whether he will canonize Blessed José while he is there.

The future saint grew up and died in Sahuayo, which is in the state of Michoacán. Pope Francis will be visiting Morelia, that state’s capital. The area has suffered from drug cartel-related violence in recent years.

Lupis was born in Los Angeles, Calif., on Sept. 8, 2008, the feast of the Nativity of the Blessed Virgin Mary. Her mother, Paulina Gálvez, told Aleteia’s Spanish edition that she’d had serious problems during her pregnancy, including placental abruption, a condition that can lead to the unborn child’s death.

She had heard stories of Blessed José, known locally and affectionately as “Joselito,” and the Cristeros of Sahuayo since her childhood. “As the pregnancy progressed and I came to live in America for a while, I became more attached to him,” she said.

They returned to Sahuayo a month after Lupis was born, but the girl contracted pneumonia and tuberculosis. At four months, Lupis had a stroke, contracted meningitis and experienced epileptic seizures. She was transferred to an intensive care unit in Aguascalientes and underwent therapy and a series of tests.

Because she was continuing to endure constant spasms, doctors induced a coma. In an interview with Notimex, the official Mexican news agency, Gálvez said the doctors told her that 90 percent of Lupis’ brain was dead. She asked if she could hold her child in her arms while they disconnected life support.

“At that time I put my baby in the hands of God and the intercession of Joselito,” she said.

Then Lupis “opened her eyes and smiled, looked at the doctors and started to laugh,” said the mother.

A subsequent CT scan and EEG showed that Lupis’ brain was 80 percent recovered. The next day, after further tests, the brain appeared normal.

“The doctors were shocked because they believed that if she lived, she probably would not walk and would not speak due to the stroke,” Gálvez explained.

Gálvez contacted the priest who had baptized her daughter and told him what had happened after she prayed to Blessed José Sánchez del Río. Together, they contacted Antonio Berumen, vice postulator of the cause of canonization. The process of documenting and verifying the miracle culminated in this month’s announcement at the Vatican, just short of seven years after Lupis was brought back from the edge of death.

“The canonization of child Joselito means we are blessed in a land of martyrs,” Gálvez said. “Having a saint in our Mexico and Michoacán is the best thing that could have happened at this difficult time.”