At Lent, a Protestant Looks to the First Christians 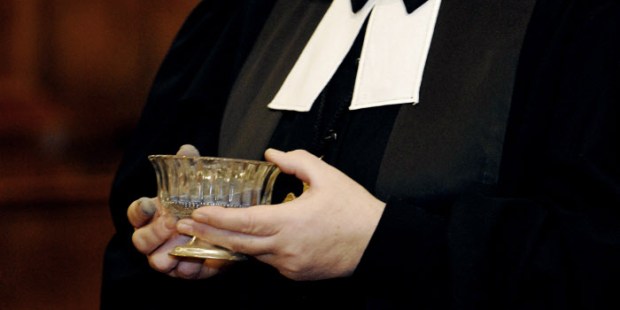 While some of our separated brethren are wary of the season, others embrace it as a link to the early customs of the Church

Coming so soon after Christmas this year, Lent reminds me of a brunch I went to some years ago. While some of us were feasting at the table, one woman was conspicuously abstemious. She explained, over sips of ice water, that she was fasting. “Cleanses” were not yet fashionable, and she was not trying to lose weight or release toxins but just was fasting, plain and simple, for her own private reasons. She did not divulge the intention of her particular fast, but it efficiently quashed festivity at brunch.

Many good motives can justify private fasting, but a great feature of Lent is the assembly of the people of God sharing a season of penitence in order to ready themselves to celebrate the resurrection. Easter requires preparation together. Paschal feasting can no more be a private affair than Lenten penitence.

The idea of having a communal period of penance is not foreign to Protestants. The early settlers of New England, the people often called Puritans, frequently declared days of public fasting or feasting and were notorious for calling more of the former. The occasional character of these fasts, though, sharply distinguished what they were doing from what is evoked by Lent. For them, making their own timing for fast or feast was a way to respond to God’s special provision or the community’s particular reckoning with fault. Fixing feast or fast yearly on the calendar threatened two big mistakes: turning heartfelt prayer into something done merely by rote, and burdening the conscience with a ritual of human invention rather than divine intent.

Protestants are no strangers to the disciplines taken up in Lent: mourning over sin, giving alms, loving neighbors, extending forgiveness, putting aside favorite amusements in order to focus mind and heart on God. Protestants do these things anyway. But for some, making rules about it seems worrisome. After all, rejection of Lent figured importantly in the kick-off of the Reformation in Switzerland. In 1522, Ulrich Zwingli defended a Zurich printer and his staff for conspicuously eating sausages during Lent. Zwingli’s central arguments still have deep Protestant resonance: Lent does not appear in Scripture, so Christians should not be bound to observe it. If Christians want to fast, fine, but only if they choose to.

But a Lent left optional can present problems. Careful not to appear to be requiring anything like fasting, some Protestant calls to Lent leave too much to independent decision. This detracts from it as communal preparation. Fasting, for instance, becomes “fasting” from electronics or watching sports or Facebook or gossip or buying shoes. These can be excellent personal disciplines for Lent and beyond. But it is better when fasting first is allowed to be just fasting.  Food and drink are fundamental to life, and so communal abstention — no meat, at least on Fridays, and missed meals on some days — is a good place to start, also linking humility and charity.  It is regrettably easy to take fasting in any one of a number of wrong directions, abandoning steak for lobster on a Friday, swelling with self-righteousness over dietary scrupulosity or following church rules just to trick oneself into weight loss.  But that does not negate the fast itself.

Some Protestants, like Lutherans, Anglicans and Episcopalians, have long kept Lent. It seems to me just and right to do. The Book of Common Prayer gives as good an explanation as could be wanted for why we should embrace Lent: “The first Christians observed with great devotion the days of our Lord’s passion and resurrection, and it became the custom of the Church to prepare for them by a season of penitence and fasting.”

Whether or not Lent appears in scripture, participating in it links us to the custom of the church. The prayerbook recalls how this season readies converts for baptism and aids sinners with reconciliation, which allow “the whole congregation” to be “put in mind of the message of pardon and absolution set forth in the Gospel of our Savior, and of the need which all Christians continually have to renew their repentance and faith.”

The whole congregation best renews repentance and faith together. For that reason I hope to answer affirmatively the prayerbook’s invitation to “the observance of a holy Lent, by self-examination and repentance; by prayer, fasting and self-denial; and by reading and meditating on God’s holy Word.”

All of those. Together.