Loving the Unlikable: A Hard Discipline for Lent and the Year of Mercy 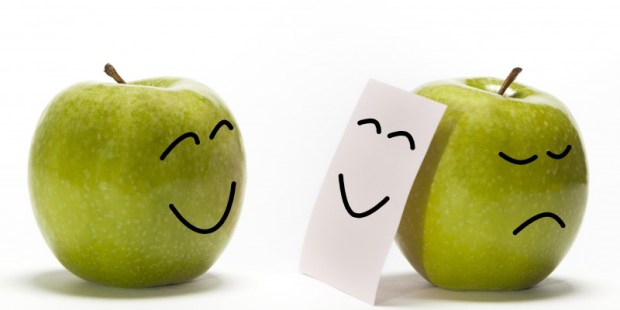 “She was not, to be honest, a naturally likable person.”

I won’t repeat the word he used because it was cruel. “I really don’t like [cruel word],” he had admitted. He had spent much of Sunday afternoon helping a woman he disliked set up her new computer and learn how to use it. This was in the days when computers were great mysteries and anyone who knew what “DOS” meant could pose as an expert.

She pushed his buttons for reasons his friends could guess, not least that she had the physical challenges he summarized in the cruel word. She was politically leftwing while he was rightwing, and both were the sort to obtrude politics into any discussion and to make their politics personal. She could be peevish and demanding when he took every criticism hard. She tended to be defiant when he expected deference.

She seemed to take special pleasure in patronizing his kind of Christianity. She was one to claim that she saw all the shades of gray when people like him could only think in black and white. She was deep, while people like him were shallow. She cared about people, he sacrificed people to his ideas. If you were planning a cookout, you would not invite them both, because one would be uncomfortable just being near the other.

She was not, to be honest, a naturally likable person. The people sitting around the room recoiled when my friend used the cruel word, but no one found her easy to like. She was the kind of person I think of as like the glowing lump of uranium in an old science fiction movie: a glowing lump of negativity that warns “Keep away. Keep far away.”

“I really don’t like [cruel word],” my friend had said. I can still remember everyone stiffening up while suddenly looking at the floor, and I’m sure, thinking as I was thinking, I hope we don’t have to challenge him. The cruel word was not a word one used about other people. Conversations in which that word was used rarely ended well. We knew (it was a group that knew him well) he was being honest but we had no idea where he was going with that.

Then he said that as he’d left her house to go back to his family, he realized they had become friends. He liked her.

This wasn’t just a case of someone who looked beyond the outside and saw the real person inside, though it was that. She hadn’t changed. She did not become more easily likable. I don’t think she even became less difficult for him to deal with. This was not a fairy tale. But he now liked her, and that made all the difference. The people un-stiffened and looked up. I think, though I could be misremembering this, that someone audibly let out the breath he had been holding.

Judging from the times I found myself liking someone I had disliked at first, I think that his heart and mind now gave him a hit of compassion when she did something that upset him, like a dose of adrenalin that increased his capacity for charity. In his own mind he now had a defense attorney to plead her case against the prosecutor of his instinctive dislike. She built up a reserve in his affections against which he could draw when he found her annoying.

I’ve been thinking about my friend’s experience, and the striking transformation of his feelings about this woman. I would not have expected it. I’m thinking I’ll add one more discipline to my Lent: consciously trying to be kind to those I find unlikable.

How this will work itself out I don’t know, since I just thought of it. Those you dislike but never see can be prayed for every day. (Easy enough to do.) Don’t scowl at the couple in front of you who whisper their way through Mass, and pray for them later. (Harder, but easy enough.) Actually talk to those you see but usually only nod politely to as you pass in the hall, and pray for them too. (Actually hard, for me, anyway.) You can stop yourself before you say something critical about someone who annoys you, and say a quick prayer for them instead. (Hard.)

Baby steps, but baby steps can be hard steps to take, because we dislike people for all sorts of reasons, some deeply buried in our past, and because some people really are dislikable — but for other people I may be the dislikable person, and they may have good reason to dislike me. Jesus said, “I have called you friends,” and if he can be friends with me, I can be friends with anyone God sets in my path. So let Lent be a time to become friends.