From “Shakespeare in Love” to the Resurrection: An Interview with Joseph Fiennes 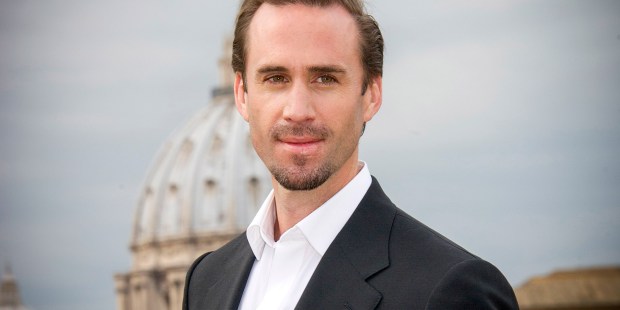 Aleteia talks to the actor about “Risen”, the compelling film that strikes a new balance in Gospel storytelling

ROME — Believers and unbelievers alike will be captivated by the “dovetailing of pure creation and cinema with Scripture and the narrative of the Bible,” says the lead actor in Risen, a new film that depicts the first 40 days following the Resurrection of Jesus Christ.

Joseph Fiennes plays Clavius, an ambitious but unsettled Roman tribune ordered by Pontius Pilate to investigate rumors of a Jewish Messiah, and to locate the missing body of Yeshua (Jesus of Nazareth), in order to quell an imminent uprising in Jerusalem. Clavius’ impact on the apostles, and theirs on him, introduces a thoughtful and creative supposition into the drama that immediately followed the death of Christ.

“The success of this movie will be if anyone from any background, any religious or non-religious belief can sit down and share the space together and enjoy the screen,” Fiennes told Aleteia before a private screening at the Vatican.

“We’ve had so many films that are either deeply conservative and boring Sunday school Bible films, or we’ve had really revolutionary revisionist films that have nothing at all to do with the Bible. So here, I think, for the first time we might have struck a balance.”

A British veteran of film and stage, Fiennes is best known for his portrayal of William Shakespeare in Shakespeare in Love (1998). He also played Sir Robert Dudley in Elizabeth (1998), and Commissar Danilov in Enemy at the Gates (2001).

In August 2009, Fiennes married María Dolores Diéguez, a Swiss model, in a Roman Catholic ceremony in Tuscany. The couple has two daughters.

Italian director and writer, Manuel de Teffé, who assisted Aleteia in organizing the screenings in Rome, explained what impressed him most about the film.

“When Sony pictures sent me the link to watch the [unfinished] movie, I was struck, as a Roman, by two things: First, the opening sequence which presents a superb reconstruction of a Roman military scene and the Testuggine romana [the Roman Tortoise]. Secondly, I was struck by the fishing scene toward the end of the film, which truly is a little masterpiece in terms of timing, acting, editing, and photography,” de Teffé said.

In a friendly and spirited exchange before our interview, de Teffé praised Risen’s depiction of ancient Roman warfare, to which Fiennes quickly quipped: “I only marvel at how the Romans conquered the world in sandals.”

In this interview, the British actor also talks about the presence of Mary, the Mother of Jesus, in Risen; his family’s meeting with Pope Francis on the morning of our interview; and his extended family’s broad and colorful connections with the Catholic Church.

Diane Montagna: Risen is the story of the Resurrected Christ. Who is Jesus Christ for you?

Joseph Fiennes: Well, that’s a big and interesting question, “Who is Jesus Christ for me?” For me, he is all that man is. He is everything that, from my personal point of view, everything that we are subjected to. He came in the form of man, as the representative of God, and thereby he lives by those fallible inconsistencies, such as anger and doubt, and those are things that are very human and things that I carry, those human conditions. So I feel that if a story speaks to me, if the story of Christ speaks to me, it is because of that element. And here is a man that held fast to his belief and faith right up to the last point.

You met Pope Francis while here in Rome. What was that like?

I’d like to be flippant and say, “Well, it’s just another Wednesday.” But this was an incredible occasion, not only for me but for my wife and my children and my parents-in-law. And nothing could prepare me for meeting the pope. What a beautiful, dedicated, and authentic spirit he is, to give time. I felt he gave time to me personally yet there were thousands of people here. I think it takes a special person to give you that sense of connection, and I certainly feel he is very connected in the most beautiful, spiritual way. He is an authentic gentleman.

You’ve said that Risen is a film for believers and unbelievers alike. Why do you believe that?

Well, I think, for me, the success of Risen is that it adheres to Scripture. I know that our producers and director worked diligently with the Church communities in this regard. And at the same time, Kevin Reynolds, a wonderful veteran director, has served up a cinematic feast. And there is a sense of adaptation of events. In fact, Clavius is a historical fictional character. So what we have is a dovetailing of pure creation and cinema with Scripture and the narrative of the Bible. And I think we’ve got that balance very respectfully right. It’s a tough juggling act and not everyone will be satisfied, but for me, the success of this movie will be if anyone from any background, any religious or non-religious belief, can sit down and share the space together and enjoy the screen. Then that, for me, is the success and I think that might be achievable. We’ve had so many films that are either deeply conservative and boring Sunday school Bible films, or we’ve had really revolutionary revisionist films that have nothing at all to do with the Bible. So here, I think, for the first time we might have struck a balance.

Where is Mary, the Mother of Jesus, found in the film?

Well, good question. I think we should dedicate a whole film to Mary, the Mother of Jesus. There’s a lot to cover in this film, and we don’t cover all bases, although we do cover the Crucifixion, the Resurrection, and the Ascension. That’s a pretty tall order. I can think of very few films, if any, that have dealt with that. But I think Mother Mary should be a whole film in her own right.

I understand you had an uncle who was a colorful Benedictine at Downside Abbey?

Did he have any influence on your faith or life?

On my life, yes. Again, an authentic, wonderful, rich spirit. Downside Abbey is connected to my family, in that many people in my family have been there, both as a student and as a monk in teaching. And my uncle — my great, great uncle — was Bishop of Bombay, which I’m very proud of. I have another uncle who is a Greek Archimandrite monk, and another uncle who is a wonderful theologian from Cambridge. So religion is a big part of my extended family.