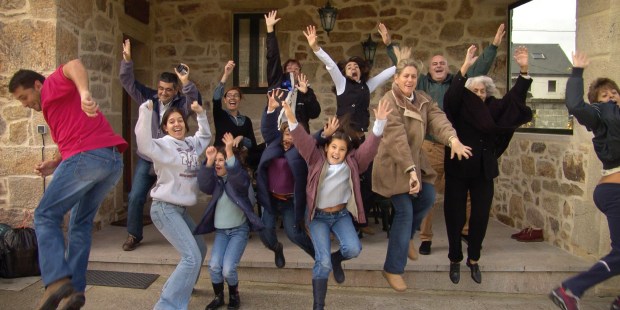 … and every unhappy family’s misery …

“All happy families are alike; each unhappy family is unhappy in its own way.” The famous first sentence of Tolstoy’s Anna Karenina is often repeated and has a ring of truth to it. But I don’t think it’s true at all.

I’m thinking of three happy families right now. One engages in intense scientific discussions at the dinner table that are frankly beyond my mental capacities. Another is heavily involved in drama both formally and informally; they are in theater outside the home, and in the home seem to say everything with intensity and passion. Another is quiet and unassuming, but any member of the family will demolish you at ping pong, pool or chess if you are foolish enough to accept their challenge.

Is the same thing making them happy? Maybe … but bracket that for the moment. I also am thinking of unhappy families I have known.

In every case I can think of, one or both spouses felt unfulfilled in the marriage and so became fixated on something outside their marriage from which they hoped to find some fulfillment: another person, a hobby/obsession, or the television set. Being in the presence of an unhappy marriage is deadening and draining. There is a black hole where love should be, and it sucks all energy into it. Unhappy families tend toward maximum entropy: the moody withdrawal of every family member into their own world.

My wife and I worked with a family outreach apostolate in Connecticut and Washington. I still vividly remember one distraught man who wanted to tell me how terrible his wife was. I leaned in, praying to be able to help in some way. He told his tale of woe, from the wedding day to the 15th anniversary.

It was a story of many small slights and some larger ones. He talked about likes and dislikes that he had that she largely ignored. She hadn’t learned to make things the way he liked them. She hadn’t taken the time to learn about the things that interest him. She was cold to him; she was only rarely bright and cheerful like other men’s wives.

He begrudgingly admitted that she did try some things. She would go on walks with him, invite his friends over; she was making an effort.

And then it occurred to me. I could tell the story of my marriage exactly the way he did. I too have suffered the slights and disappointments of living with another sinful human being. And my wife could tell the story of her marriage to me in exactly the same way. She could put all my faults and failures in the foreground and make you feel for her sad lot in life: Tom still hasn’t fixed this fault that I hate; Tom still hasn’t done this important thing he promised to do.

The only difference between our marriages is mercy. My wife’s faults don’t sum her up in my mind. And my faults, thank God, don’t sum me up in her mind.

In his wonderful impromptu speech at the World Meeting of Families, Pope Francis made this point.

Tolstoy could have said every family is alike. We all face the same sins, the same failings. Chronic emotional, physical or other abuse is another matter; these are situations where a spouse needs to flee to safety. But even in relationships that fall far short of that, one spouse has often called the other a name no one else has called them. One spouse has often failed the other in a terrible — maybe life-changingly terrible — way. A spouse may have done something unforgivable.

But unhappy families are those that are fixated on injury, mired in the banality of sin, unwilling to move on. Happy families have been freed by mercy to be more fully themselves.

Maybe Tolstoy should have said, “Every unhappy family’s sin wounds are alike; each happy family has found mercy in its own way.”