Lucifer in the City of Angels 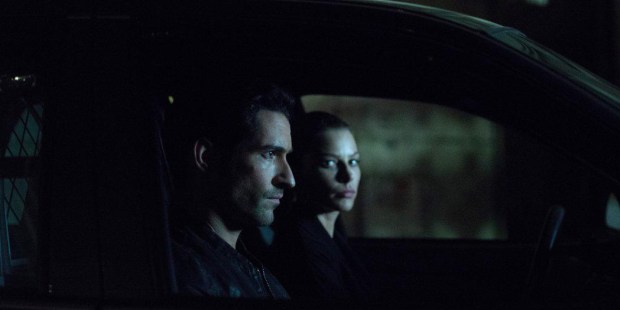 This Satan tempts, but he’s not a Christian’s idea of the devil

If you’ve been channel surfing over the past few weeks, you might have run across the devil on your television screen. No, I don’t mean on the various political debates. I’m talking about the “character” of Satan as portrayed in FOX television’s new series, Lucifer.

Lucifer is an adaptation, of sorts, of the Vertigo comic book series of the same name. In that book’s fictional universe, Lucifer Morningstar, having grown bored of hell, quit his position, moved to Earth and opened a bar in Los Angeles. This decision left the supernatural realm in chaos and eventually resulted in spiritual warfare throughout the heavens. By the series’ end, both Lucifer and God had decided to abandon the universe and leave humankind to fashion their own truths without any supernatural input. In short, the whole six-year-long tale ended up being just another exercise in atheist wish fulfillment.

The television series Lucifer is … a wee bit different. The initial set-up is the same, with Lucifer skipping out on hell and running a nightclub in LA. But that’s pretty much where the similarities end, at least so far. In the TV show, Lucifer spends his spare time wandering around the City of Angels talking folks into indulging their deepest, darkest desires. In fact, in his presence, most people actually feel compelled to blurt out their hidden appetites, which Lucifer then cajoles them into surrendering to. All except for one person, that is.

In the first episode, we’re introduced to Chloe Decker, a former B-movie actress turned police detective who, for some as yet unexplained reason is completely immune to Lucifer’s powers of persuasion. This so intrigues the perpetually bored Satan that he decides to insert himself into the law officer’s life and help her solve crimes. No, really.

As Lucifer goes about his crime fighting, we get to know more about his backstory. It’s a bit different from what the average Bible reader might be familiar with. In the show’s universe, much as in John Milton’s Paradise Lost, Lucifer makes the claim that he is only “evil” because his dear old dad, as he calls God, wants him to be that way. Of course, the difference is that while Milton’s Satan was just making excuses for his own sins, the Lucifer of the TV show appears to be telling the truth. Lucifer, it seems, is necessary for maintaining the balance between good and evil, and by abandoning his duties in hell, he has thrown things all out of whack.

This kind of mish-mash of various belief systems is pretty common in works by writers who see all religions as myths to be remade as they see fit. So, along with some traditional Christian elements (Lucifer only tempts, he does not force people to sin), we get a dash of Mormonism (Lucifer and the angels are all offspring of God), some Eastern dualism (evil is the equal opposite of good, not the absence of good) and just plain old revisionism to suit contemporary tastes. This is most blatantly demonstrated by the fact that the reason Lucifer absolutely refuses to return to hell is because he is beginning to feel empathy for Detective Decker, and the idea that he might be able to change excites him. See, even the devil can be a good guy if he ignores what God wants and forges his own path.

Really, the whole premise of Lucifer is so goofy it’s almost impossible to get offended by it. I mean, just how riled up can a person get over the silly idea of Satan as an amateur detective on a journey of personal discovery? Still, it’s possible some folks out there might actually think the series accurately reflects the Christian concept of Satan, so it’s probably not a bad idea for someone to keep an eye on the show and fact check it every now and then. I’m not sure that someone should be me, unless the writing gets more consistent, but somebody should.