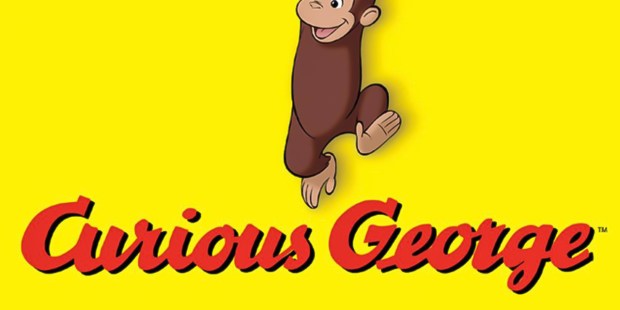 With the manuscript of their first book, they fled the Nazis, riding on homemade bicycles.

A year later, in America, Hans and Margaret Rey published the first book about Curious George, the adorable and innocent monkey who has been delighting children ever since.

They met in Hamburg in 1922, at Margaret’s sister’s 16th birthday party. Hans had been born in the city in 1898 and grew up near the Hagenbeck Zoo, so he developed a love for animals along with his talent for drawing. Margaret was also a native of the city, born there in 1906, but she left to study art.

In the growing anti-Jewish persecution, Margaret ​traveled to Brazil in 1935, where she again met Hans, who had gone there some years before​. Hans was selling bathtubs as part of a family business.

They fell in love and married, and together returned to Europe, to France, hoping for a better future.

​They ​attempted to bring​ along their pets — two little monkeys​ — but the creatures didn’t survive​ the travel​.

In France, an editor ​became enchanted by Hans’ animal drawings, which had been published in a newspaper, and he asked whether he might be interested in writing a book. The couple crafted a story about Cecily the Giraffe and nine wee monkeys. One of these monkeys, in fact, was the forerunner of the intrepid little George. The mischievous monkey met such success that Rey was commissioned to write a book just about George and was even paid an advance — rare in those times.

But the Nazi invasion of Paris was imminent, and so the couple, riding homemade bicycles and carrying a bit of food and five manuscripts (including the book about George), fled before dawn on June 14, 1940, heading to Spain and later to America. The difficulties they faced in Europe as a Jewish couple were numerous, though their Brazilian visas helped. On one occasion, seeing that they were Jewish, an official began to question them. It is believed that their writings and drawings were what led to their release. Nearly everything they had was lost, but George survived.

After passing through Brazil, the Reys settled temporarily in New York, where Houghton Mifflin accepted the book about George the monkey. Though both husband and wife were the minds behind the stories, the publisher recommended that only Hans’ name appear as author, and Margaret agreed for a time, though later it was decided they would be listed as the coauthors they were.

The first book, Curious George, was released in 1941, exactly 75 years ago. It was published the same year in England, but the monkey’s name was changed to Zozo out of respect for King George VI.

Its immediate success led to more stories, not only about George but also about his friend, the Man with the Yellow Hat.

In all, seven Curious George books were published between 1941 and 1966, and in the decades since, some 30 million copies have been sold.

The Reys later moved to Cambridge, Massachusetts, where Hans passed away in 1977 and Margaret in 1996.

With appearances on TV, in films and in further editions, Curious George has long outlived his creators while conserving the creativity and simplicity with which he first was imagined.

Now his character is used in educational and pedagogical books and videos, to teach colors, numbers, character and life skills. He is a loyal and noble little monkey, and despite his many messes and mistakes, the values of friendship, loyalty, curiosity and joy ensure that Curious George, who barely escaped the Nazis, will continue to be a friend to generations of children to come.

Translated from the Spanish and expanded by Kathleen Hattrup.