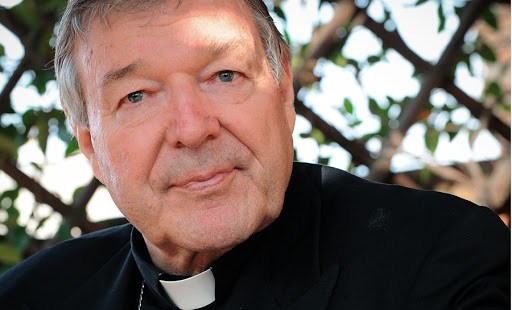 VATICAN CITY — Cardinal George Pell will meet privately with survivors of sexual abuse in Rome on Thursday, and has offered to assist victims in meeting Pope Francis, according to an official statement issued by his office on Wednesday.

The Australian Prefect of the Vatican Secretariat for the Economy is testifying this week via video link to Australia’s Royal Commission into Institutional Responses to Child Sexual Abuse.

The Royal Commission is questioning the former archbishop of Melbourne and Sydney, via video link at Rome’s Hotel Quirinale, on how much he knew about sexual abusers active in parishes under his watch, and during the time he served as a priest in Ballarat.

As the first hearing began on Sunday, February 29, from 10pm-2am Rome-time, Cardinal Pell stated: “Let me just say this as an initial clarification, I’m not here to defend the indefensible.” Throughout the hearings, the Australian prelate has continued to reiterate that he had no role in the cover-up.

Offering harsh criticism especially to bishops for allowing, and covering up, the sexual abuse of children and adolescents, Pell told the Royal Commission that the Church “has made enormous mistakes” in how it handled sex abuse cases and is working to remedy them.

Cardinal Pell has said he hopes Thursday’s meetings (after concluding testimony), and the victims’ potential meeting with Pope Francis, “might be helpful and contribute to healing.”

Here below we publish the official statement issued by Cardinal Pell’s office in Rome.

STATEMENT FROM THE OFFICE OF CARDINAL GEORGE PELL IN ROME

Prior to the commencement of his video evidence this week, Cardinal Pell said that he would be happy to meet privately with survivors from the Ballarat and Melbourne case studies in Rome for the Royal Commission hearing if this would be of help to them.

A number of requests for meetings have been received, and those requesting meetings have been advised that the cardinal can meet survivors on Thursday morning or afternoon after he has completed giving evidence. The cardinal has suggested the meetings might be held at the Hotel Quirinale outside the Vatican where the Royal Commission hearings are being held.

Cardinal Pell hopes that these meetings might be helpful and contribute to healing, and he is happy to meet survivors either individually or in smaller groups, as he has done many times in the past. The Cardinal would like to be able to listen to survivors and private meetings offer a good opportunity for this, rather than larger meetings where not everyone may be able to tell their story and emotions can run high.

Survivors are welcome to bring a person to support them at the meetings, but because of the private and pastoral nature of these meetings it would not be appropriate for media or legal representatives to attend.

Cardinal Pell has also advised survivors that he would be happy to assist with requests to meet Pope Francis but has to rely on the officials responsible for considering these requests. Yesterday Cardinal Pell, in response to a request from survivors, arranged for a member of the Pontifical Commission for the Protection of Minors to meet with survivors on Thursday morning.

Survivors who have requested meetings will be contacted again later today (Wednesday) to confirm their interest in meeting with Cardinal Pell and to arrange times for the meetings.