I Make Music Because That’s How I Connect With God

Click here to launch the slideshow
“As I strive to give God my heart more fully, I find that these songs arise and these songs come out, and I love to share these songs with people.”

Music has long been a passion of artist Dave Moore, who began playing and writing at the age of 14. He wrote love songs and sought to impress, but over time, he says, “I just started realizing that the greatest love song I could write wouldn’t necessarily be written for someone on earth, but rather for God.”

“I’ve been through the whole rock-and-roll phase. Did the whole selfish thing. And at the end, what came out was a heart that longs to find identity not in the service, not in the doing, but in the person.”

His music springs from his own prayer life, and in sharing it with others he hopes it will lead them into a deeper relationship with the Lord: “Creating an atmosphere that leaves people’s hearts more vulnerable to Christ, leading people to prayer, causing them to go deeper, building relationships and preaching the Gospel: That’s our mission. That’s what we do.”

His latest music video is a live version of “The Walls,” which is a meditation on the freedom we are called to, the freedom that is waiting for us as sons and daughters of God. It’s a beautiful reminder of what this Lenten season is about, a reminder of what is waiting for us at Easter: the resurrection. Christ has conquered sin. He has conquered death. And he has called us to life.

There were chains around my feet.

There were shackles binding me.

Then the walls came crashing down.

For more on Dave Moore and to have him play at your venue, check out his website. 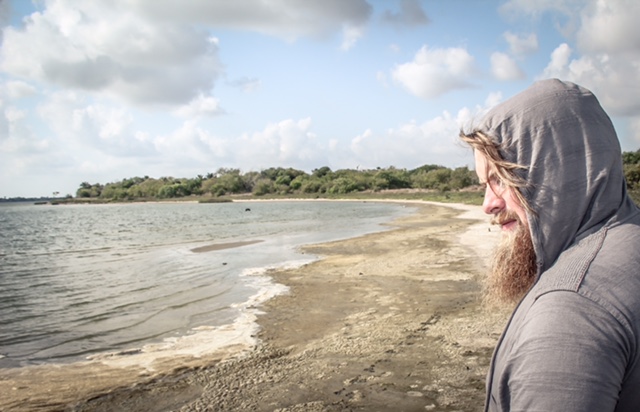