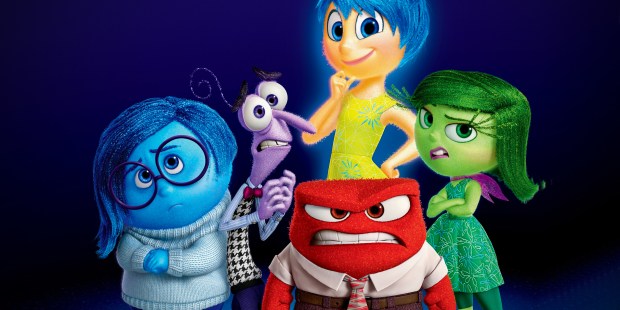 “Inside Out” isn’t just a lovely movie, it’s a basic lesson in neuroscience

It’s not every day that a popular animated film is smart and lovely, let alone provides some great tools for parenting. Inside Out is all of that. The Pixar creation just won Best Animated Film last week at the Academy Awards, and the Oscar is well-deserved if you ask me and a lot of other parents.

The movie tells the story of an 11-year-old girl named Riley who moves with her parents from a idyllic life in Minnesota to a rundown row house in the heart of SanFrancisco. Most of the film takes place in Riley’s brain, however, where we meet five characters who not only manage her feelings and behaviors but help convert her experiences into memories that are stored for later recall. These characters are Joy, Sadness, Anger, Fear and Disgust, and they have quite an adventure trying to cope with Riley’s experience of having to leave everything she loves behind and adjust to a new life.

Inside Out does a terrific job of explaining — in simplistic terms, but no less accurate and clever — how feelings motivate behaviors and how experiences shape our core memories and personality, beginning from the time we’re born (and more accurately, of course, from the time of our conception). The film provides children a concrete way to talk about their feelings and the reasons behind why they do what they do. Through Riley’s journey, and the lessons that Joy and Sadness learn along the way, a child can begin to understand that it’s common and normal for some memories and experiences to be a mixed bag of emotions and that real life is never free of sadness and hardship, but joy can still be found in the midst of it.

Never mind children for a moment, though — most adults could stand to know a lot more about the basics of neuroscience. The simple lessons presented in the movie go a long way toward better understanding the developing brain — whether in toddlers or teens — as well the adult brain.

We manage to catch a few quick glimpses of what’s going on in the heads of Riley’s mom and dad when Riley is stewing at the dinner table over their move to San Francisco. It’s a reminder that being a good parent includes knowing your own motivations for what you do and say, and why. The sad and painful memories each of us has as adults, past experiences, any bottled-up anger or unresolved shame (which would have been a better and more accurate name for the character of “Disgust” in the film) get triggered by our kids. Are we uncomfortable with sadness? Do we emotionally disconnect when we’re upset? Are we quick to feel defensive, or are we afraid of anger? Being a good parent isn’t just about understanding our kids but ourselves.

Inside Out has been especially lauded in the adoptive parenting (and foster care) community. The movie has given these families a way to discuss traumatic memories and the roots of difficult behavior. It’s helping parents — and anyone who loves and works with children who’ve known abandonment, neglect, abuse, trauma and more — to better understand where these kids are coming from, and move toward healing. (Using the language and story of Inside Out, a writer and mom named Cindy Foote wrote a terrific piece about what happens in the mind of many adopted children — it’s well worth a read, even if adoption is not part of your life.)

You don’t have to be a family dealing with some kind of past trauma to benefit from watching Inside Out, though. Every child needs language to express his or her feelings and moods, and to understand that emotions like sadness and anger are healthy, even if they’re not always easy to cope with. Kids can learn that all of our experiences are stored in our brains, even if we can no longer recall them, and that new experiences can change the way we remember something from our past.

If you have kids older than four and want to start some constructive conversations about things like throwing tantrums, being moody or having mixed emotions about something that’s happened, watch Inside Out together. I used the film to talk with my seven-year-olds (who were adopted at the age of four). They spent an entire evening drawing and coloring what they think Joy, Sadness, Anger, Fear and Disgust look like in their own heads, and drew some of their core memories, and “personality islands.” A little homegrown art therapy goes a long way with kids, especially when they may have “stuff” to process.

Now we’re all just in need of an Inside Out Part 2, where the short, red-faced character of “Anger” can share his best-kept secrets for letting off steam in healthy ways and never blowing our tops.