Jailed L.A. Gang Member “Wanted to Die,” Until a Letter Came From Rome … 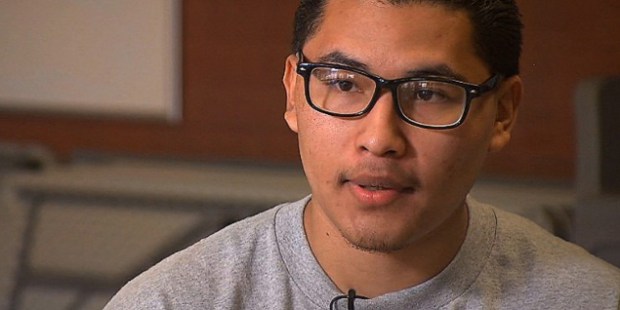 A former gang member writes to the pope, and the reply helps him overcome despair

We all have difficult times, now and then, when we could use a little encouragement from a friend.

At age 16, Vazquez was serving an 11-year sentence for involuntary manslaughter. Internally, he was navigating the labyrinths of regret, while externally he was adjusting to a life of prison conflicts.

According to a report on CNN, he “lost the will to live.”

That was two years ago. Out of desperation, he wrote a letter to Pope Francis.

“I asked for forgiveness for what I did,” Vazquez told CNN en Español in an interview inside Barry J. Nidorf Juvenile Hall in Sylmar.

To his surprise, the pontiff wrote back. “Dear Carlos,” the pope wrote Jan. 21. “May the peace of Jesus Christ be with you! I was pleased to receive your recent letter …”

“I couldn’t believe it,” Vazquez said. “I didn’t think the pope would write to someone who’s behind bars.”

Francis, of course, is no stranger to jails and prisons. On his recent visits to the U.S. and Mexico, he visited correctional facilities in, respectively, Philadelphia and Ciudad Juarez. In 2013, he went to a Rome facility on Holy Thursday and washed the feet of prisoners. He has urged Christians “to take the first steps toward … those who are furthest from us, those who are forgotten, those who need understanding, consolation and assistance.”

The pope’s letter spoke of a Holy Door being opened at the juvenile jail by Archbishop Jose Gomez of Los Angeles, as part of the Jubilee Year for Mercy called for by the pope.

“I pray that as you and your fellow residents celebrate the opening of the Holy Door, you may receive these gifts and be filled with peace and hope,” the pope wrote. “Know that the Holy Father is thinking of you and praying for you. And please remember to pray for me, because I greatly need your prayers.”

Deeply touched, Vazquez no longer wants to end his life, he told CNN.

“It gave me a lot of hope knowing that there are people like the pope who still have not given up on us. I know I’ve made mistakes and have hurt people, but what I learned in my two years and five months I’ve been imprisoned, I didn’t know I was hurting people and that I was hurting myself too,” Vazquez said.

The young man has also written to the victim’s family.

“I ask them to forgive me and told them no words would ever give them back the life I destroyed, but I hope one day they can forgive me for my actions, and now I just ask for forgiveness, and I want to live the life that my victim didn’t have a chance to live and be good,” he said.

He explained that the charge of manslaughter came about from a death during a gang fight. “I wasn’t the one who did it, but because I was there I was charged with the same crime,” he said.

In jail he met Jesuit Father Michael Kennedy, who leads the Jesuit Restorative Justice Initiative. The priest said he has witnessed significant change in Vazquez, recalling the young man as “very crazy” when he first arrived.

“He would get into fights here. He had nine fights at one time in a short period of time, and all he would think about was his gang,” Father Kennedy said.

The youth changed after he received his sentence a year and nine months into his initial incarceration. With help from family and volunteers, the boy became a young man, the priest said.

“It’s easy to say you’ve changed, but the change is in the actions of someone,” Father Kennedy said. “He started to read a lot of articles about the pope, and he felt he was a person who had transformed his own self, and he knew that the pope had a special place in his heart for the inmates, prisoners.”

He encouraged him to write to the pontiff.

“If only the world were filled with more love, compassion, forgiveness and mercy,” Vazquez wrote. “Being an outcast of society, I want the world to see us for who we truly are; human beings, who make mistakes like everybody else. But we are able to rise again like a Phoenix. I will become a leader some day, like Cesar Chavez, Martin Luther King Jr., Nelson Mandela and Malala Yousafzai. Thank you for your loving and your merciful example to all of us.”

The response he received gives Vazquez strength to face a new challenge. He’ll be transferring to the men’s Ironwood State Prison in Blythe, Calif., and he admits that the prospects of life there frightens him.

But the letter “gives us hope that God wants all of us to be equal and we all commit mistakes, and we can get up and continue,” the young man said.