One Man, a Van and the Open Road (and His Wife and 6 Kids)

Click here to launch the slideshow
I was terrified of having kids. I think in my mind, once I had a child, my life would be frozen in that same situation forever — same house, same job, same standard of living.

What happened was the opposite.

Meet Catholic musician Michael James Mette. It doesn’t take long to see that this guy is one of a kind. He manages to balance a successful, blossoming music career with shows across the country and being a husband and father to six kids. How do mom and dad do it? They take the whole family on the road.

We caught up with Michael to get a little insight into what life is like on the Mette family tour bus.

What’s it like with six kids living in a van, traveling around the country?

Traveling with a family is one of the best decisions I’ve ever made in my life. It’s not without its challenges, and some days can seem like they take forever. When kids are sick on the road, or when the weather doesn’t allow the kids to play outside, it can be particularly challenging.  That being said, I truly feel that this is what God has created me to do.

What’s the craziest thing that has happened in your travels?

One of the craziest things that happened was when baseball Hall of Famer Ken Griffey Jr. personally came to visit our Airstream. We were trying to sell it on eBay to buy our current tour bus. Someone from ESPN wanted to buy it, but he lived in Los Angeles.  Instead of getting it professionally inspected, he sent his friend Ken to check it out. He was a really nice guy and we chatted for half an hour or so. I gave him my CD. What is even crazier is that he texted us a few weeks later, just to check in on us. It’s a small world!

What has been the most difficult part about the whole thing?

People always assume that the tight space is the biggest challenge. As long as we can stay in good weather, that is not true. The most nagging challenge has been getting a decent Internet and cell phone connection. Every once in a while my kids will break out puppy-dog eyes and ask, “When can I go to a real school?” That is really tough. Usually I figure out that they have been talking to a cousin or friend who just started cheerleading or some other after-school activity, and they want to do the same activity.

And what are the greatest joys and advantages of your lifestyle?

The greatest joy is that we get to see so much of the country. We get to do so many things that many people wait their whole life to do. We’ve been to 44 of the 50 United States.  We could have never done that working a parish job. Also, because we home school, we never have to fight the crowds. Tuesday mornings are a great time to sight-see. We also get to go outside of the typical touristy stuff. Often our concert host will take time to show us some of the local favorites, which is always fun.

Will we be seeing a family band in the future?

I can definitely imagine that. Gabby (my 12-year-old daughter) has a great voice and is learning the bass. Trinity (10) is learning violin and piano. The other kids are looking forward to playing drums and guitar. I like to think that someday we’ll all be on stage together; however, I try not to force my vision and my expectations on them. If they would prefer to play sports or draw or dance rather than play music, that’s fine with me.

For more on Michael James Mette, and to follow his adventures on the road and to book him to play at your parish, check out his website.

The song featured above, “The Beat Goes On,” is about second chances. It’s from the 2015 album Arts + Humanity, available on iTunes. 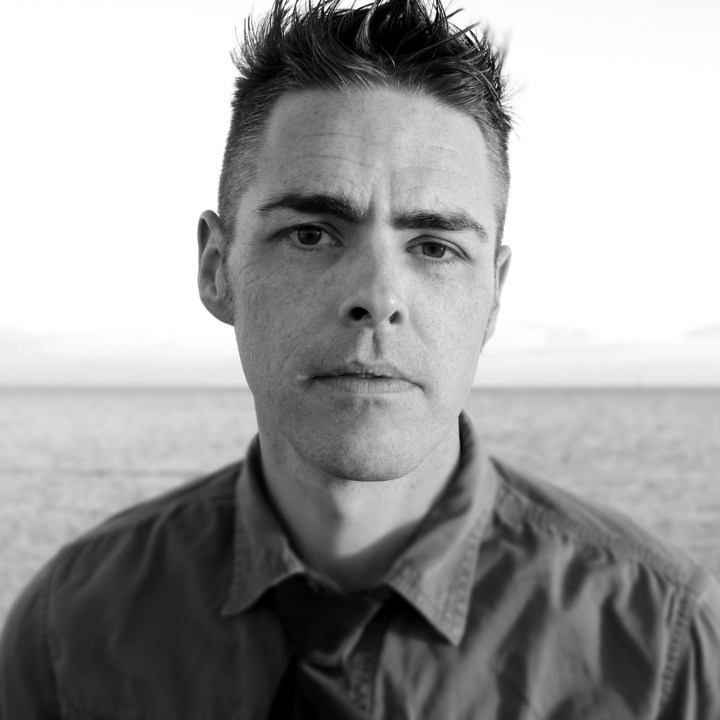