The Miracles of St. Patrick—How He Really Converted Ireland to Christianity 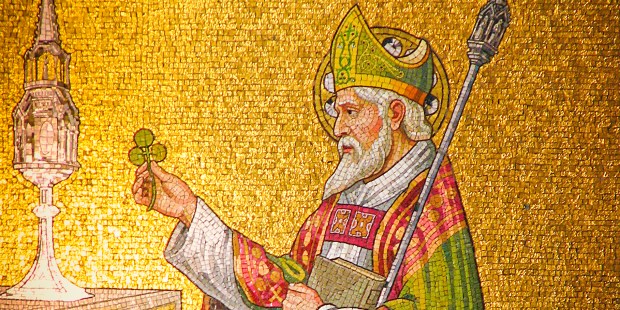 The reason St. Paddy’s Day is so happy (besides the green beer)

Ireland, which never had the knowledge of God, but up till now always adored idols and things unclean — how are they now made a people of the Lord, and are called children of God? The sons of the Scots and the daughters of their chieftains are seen to become monks and virgins of Christ.—St. Patrick

Our family wears green on St. Patrick’s Day or else we answer to the lady of the house. Her March 17 excesses have included making perfectly good food unpalatable with green dye. Sometimes I think my dear Irish wife’s blood must run emerald.

I wonder what Patrick himself would make of the shenanigans that mark his feast day in the United States. Would he be comfortable with the festivities of his annual commemoration? Would he wear a shamrock? wield a shillelagh? dance a jig? recite limericks? eat green food and drink green beer?

I will not say that Patrick would not enjoy all that hoopla. After all, historians call him the first true Irishman. So we can expect that, like his compatriots, he knew how to celebrate. Perhaps, however, Patrick would like to see us enhance his day of remembrance with some specifically Christian customs, as many do in Ireland. Like taking time out to pray or to study the Bible or to share a word of faith with a neighbor. For prayer, study and evangelism were the real hallmarks of his life.

Patrick first came to Ireland as a slave in 405, when raiders tore him and many others from their homes in Roman Britain. For six years, near a mountain in northern Ireland, Patrick herded swine for his pagan master. In his Confession, he says that his bondage was a time of spiritual strengthening. “My love and fear of God,” he said, “increased greatly, and my faith grew and my spirit was stirred up.” He spent his days and his nights praying. “Before dawn, in snow and frost and rain, I used to be aroused to prayer,” he recalled. “Nor was there any tepidity in me, such as I now feel, because then the spirit was fervent within me.”

One night Patrick heard a heavenly voice in his dreams that revealed he would soon return to his homeland. Later on, the voice spoke of a ship 200 miles away that would carry him to Britain. Patrick fled from his master and walked the long distance to the boat. When he arrived, the captain at first refused to take him. After Patrick prayed, however, the captain reconsidered and gave him passage.

The ship reached shore in three days. Then Patrick and the sailors trekked for a month through rough terrain. When their food ran out, the shipmaster challenged him to pray to his God for help. “Turn earnestly,” said Patrick, “and with all your hearts to the Lord my God, to who nothing is impossible.” Just then a herd of swine appeared on the road, and the pigs soon became a hearty barbecue. Until Patrick left the seamen a month later, they did not lack for food or anything else.

Patrick was about 22 years old when he rejoined his family. They welcomed him warmly, hoping he would never again leave them. But that was not to be. He soon received dreams that urged him to return to Ireland. “I heard,” he wrote “the voices of those who dwelt beside the wood of Focluth, which is by the western sea. And thus they cried, as if with one mouth: ‘We beg you, holy youth, to come and walk once more among us.’” Patrick understood that God was calling him to take the gospel to Ireland. In fact, to become the apostle of Ireland.

Patrick went to France, where he worked for 21 years preparing for his mission. Establishing the Christian Church in Ireland would require many things. He would have to be ready to proclaim the Good News to a pagan people. He would have to be able to provide for the Christian formation and care of his converts. Wherever he founded communities, he would need to recruit and train a native clergy and build and equip churches. Above all, he would have to possess the strength and savvy to overcome the resistance of the druids, the priests who used magic to dominate the Irish.