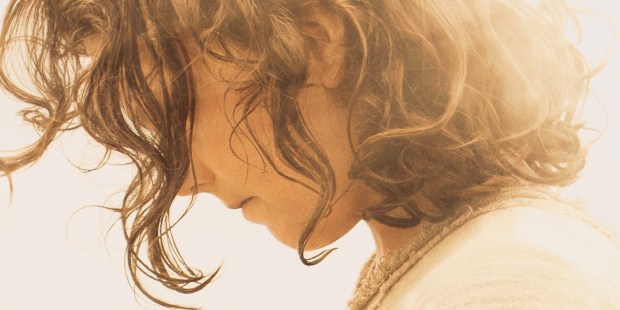 As Easter approaches, here are your best bets in theaters and on TV

There are two things you can count on during Lent. One is that, without fail, all the restaurants in town will start advertising their fish sandwiches. It doesn’t matter if it’s a hot dog stand, they’ll still magically serve a filet of fish for forty days before Easter. The other is that, without fail, Hollywood will slip as many Christian-themed productions onto theater and television screens as they can. Well, while you’ll have to decide for yourself where the best fish sandwiches are, perhaps we can help you out with where to spend your viewing dollars.

First out of the gate this year was Risen, a well-made tale that follows a Roman military tribune as he searches for the body of Jesus after the crucified man’s tomb is found empty. As noted in our previous review of the film, Risen “holds your interest throughout its running time and never succumbs to the sentimental sappiness that is the bane of so many religious films.” The only caveat is that some may find the wide-eyed, sometimes naïve portrayal of the apostles a little off-putting. Otherwise, it’s a fine biblical yarn.

A bit more polarizing is The Young Messiah. Based on the novel by on-again off-again Catholic, Anne Rice, The Young Messiah attempts to fill in the gaps of Jesus’ life as a child. A number of high-profile cardinals and a good majority of my peers in the Catholic review business have praised the movie, finding it to be an imaginative breath of fresh air in the often stale world of faith based films. Others, however, have deemed it a heretical abomination. It’s true that some scenes draw on the Gnostic gospels, but the filmmakers have done their best to weed out the theologically thorny bits. Even so, the movie’s main conceit that the young Jesus has no clue he is the son of God rubbed me the wrong way and kept me from enjoying what was otherwise an interesting thought experiment.

A little tamer on the theological front is Miracles From Heaven, the latest effort from the same team who brought us last year’s Heaven Is for Real. As in that movie, Miracles From Heaven is inspired by true events. When a 12-year-old girl becomes trapped inside a tree (it’s a long story), she experiences a vision of God and emerges cured of the rare and deadly digestive disorder from which she had been suffering. The movie is earnest in its presentation of religion and features a fine performance from Jennifer Garner as the faith-challenged mother, but is otherwise the kind of artistically unambitious film that makes so many of my colleagues latch onto more challenging movies like The Young Messiah.

If none of those inspire you to head to your local megaplex, you could always stay home and catch ABC’s new series, Of Kings and Prophets. Chances are, though, you might be sorry if you do. On paper, it probably sounded like a no-brainer to the folks at the network. Take the Old Testament story of Saul and David, film it in the style of HBO’s Game of Thrones, and watch the ratings come rolling in. Unfortunately for ABC, the religious audience didn’t show up for all the copious bloodshed, simulated sex and biblical inaccuracies (lots and lots of biblical inaccuracies), and the Game of Thrones crowd didn’t show up for all the God talk. The first episode, which aired just last week, had the second-lowest rating of a new network premier ever. Watch it if you want; just don’t do so with your kids, and don’t wait too long. If the show finishes out the season, it will be a miracle.

And finally, we’ll give a brief mention to A&E’s new series, Damien, which follows the trials and tribulations of the now grown-up antichrist from 1976’s The Omen. I bring it up because, oddly enough, it has some thematic similarities with The Young Messiah. You see, Damien the show ignores all of the sequels to the original Omen and picks up with the titular character at the age of 30 with little memory of the events from the film. That means, just as the Young Messiah is clueless about his divinity, Damien the character has no idea he is the spawn of Satan. This leaves open the possibility that the antichrist, just like his dear old dad in FOX’s new series Lucifer, might decide he would rather be a good guy and forego all that apocalypse stuff. Oh, that wacky Bible, it just can’t get anything right, can it? According to Tinseltown. it always seems to need a little tweaking.

So there you have them, Hollywood’s Lenten offerings for this year. There’s a little bit of good and a little bit of bad, but mostly a jumbled mixture of both. So if you decide to hold onto your movie money and spend it on extra fish sandwiches this year, I don’t think anybody will blame you.