The Night I Realized I Was Becoming a Pharisee 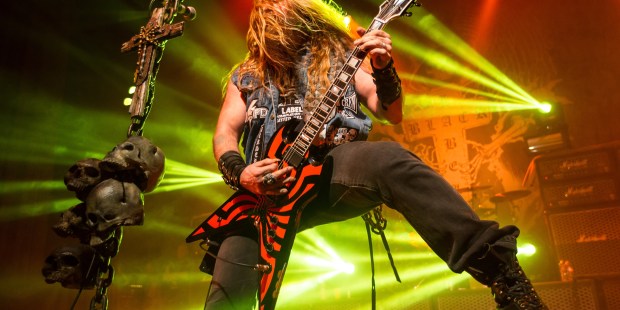 Who am I to judge who’s “worthy” of my evangelization?

So late one night, I was walking my dog Malla around the neighborhood when off in the distance a dark, hooded figure emerged from the shadows.

Male, early 20s, wasted on something, smoking a cigarette and stumbling directly toward me.

Once he stepped under the streetlight, I heard, “ Well hello, Mr. Bruno …”

Then I recognized him. He was one of the locals. Nice guy, but messed up and into all kinds of things that weren’t going to get him anywhere but the ER. I greeted him and kept moving past. From my experience people who are drunk or stoned like to talk, and I just wanted to go to bed. I teased myself, thinking, Maybe I should talk to him about Jesus! I kind of laughed at the thought and drifted off into a reverie of who I was when I was his age.

In my early 20s I was living in Germany with three other guys. We were “hired guns” and on tour with a German heavy metal singer. We all looked, lived and acted the part. I had long hair, smoked, drank and enjoyed everything that the “life” had to offer. Using the logic that I applied to the guy I bumped into, if the me of today saw the me of yesterday, I probably would have laughed at the idea of talking to me about Jesus too! Ha!

Then it struck me: How many people do I write off as “hopeless” because of who I think they are? Do I only try to evangelize the “comfortable” ones?

Jesus didn’t. He went straight to the 20-something-year-old me — and the hooded dude who was alone, and stoned, and walking that night.

I had fallen into the trap. I was becoming a Pharisee, judging who was “worthy” of my evangelization — the “soft targets,” as it were. Jesus never considered the sinners and outcasts as hopeless; in fact, that’s exactly who he came to hang out with, share meals with and save. His scorn was for the Pharisees. “Alas, for you …”

Then I started listing everyone I thought of as hopeless: Lady Gaga? Jihadi Joe? Ozzy Osborne?

The guitarist who played on Ozzy’s No More Tears album, Zakk Wylde — an icon of the metal community, and all-around maniac — became … wait for it … Catholic. If you considered the most extreme guys in the metal community, he’d be in your “Top 10 Least Likely to Be Mistaken for Catholic” list, and yet he is. In fact, Mike Piazza, N.Y. Mets Hall of Famer and devout Catholic, is godfather to one of his kids.

You really can’t judge a book by its cover. Wylde goes to Mass regularly; he has, miraculously, been married for 29 years to his wife, Barbaranne (they have four kids); he tweets out a “blessing” to all his fans and never hides his faith. He lives it out loud in the midst of one of the most toxic environments spiritually, and he walks, talks and smells “like the sheep.”

Still, I can’t help but be amazed at how God continues to give me chances to redeem myself. In his infinite, patient mercy, he points out that I too can change and be restored.

Thank God. If he didn’t I wouldn’t have a shot of growing into the joy of having a relationship with him that I truly prize above anything else.

So here it is, my brothers and sisters — there is still hope for all of us. Remember who Jesus came to save, and if you deem someone “hopeless,” you more than likely have just figured out exactly who you should be talking to, praying for, fasting for, etc.

Because the greatest sinners of the world, the ones that offend you, the ones who bring out your hatred and disgust are the very ones Jesus called us to love.

Nobody’s hopeless. Not even a Pharisee. Remember St. Paul?