The Holy Father has eclectic taste

Pope Francis has quite an eclectic taste when it comes to music (fitting for the head of the Universal Church). His favorites range from Mozart to popular songs like “Vive el Señor Jesus,” which was sung at his request by thousands of the faithful at the International Catholic Charismatic Renewal Conference in Rome.

His love for classical music comes from his mother, Regina Maria Sivori, who made a point of listening to classical pieces everyday in the home, arousing the curiosity of young Jorge Bergoglio.

According to some of the pope’s closest friends, among Mozart’s many well-known pieces, Francis considers the Mass in C Minor “unsurpassable.” The Holy Father has a very refined ear, as this is truly one of the Austrian composer’s masterpieces. It was composed at a moment of artistic crisis for the pianist, and even then it is considered by many to be the culmination of Mozart’s musical career.

In addition to Mozart, Pope Francis said in an interview with the Spanish newspaper Razón y fé that Bach and Beethoven are also among his favorites.

The Argentine soprano Haudée Dabusti, known as “Maria Callas of Buenos Aires” has caught the pope’s attention with her voice. The singer was even invited to sing for two masses celebrated by then Cardinal Bergoglio in 1989 in the Buenos Aires Cathedral.

Last but not least: tango

The Holy Father would never deny his roots, and thus we can’t leave tango off the Pontifical Playlist. Some his favorites in the genre are Carlos Gardel, Julio Rosa and Ada Falcon. 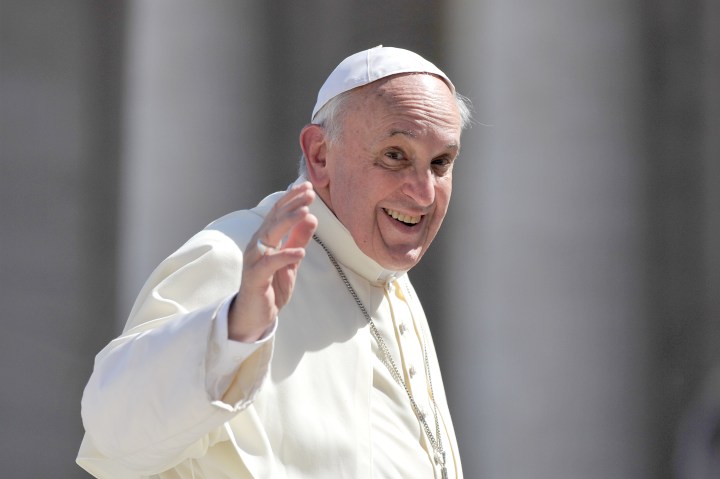