6 Good Reasons to Abstain from Meat on Fridays 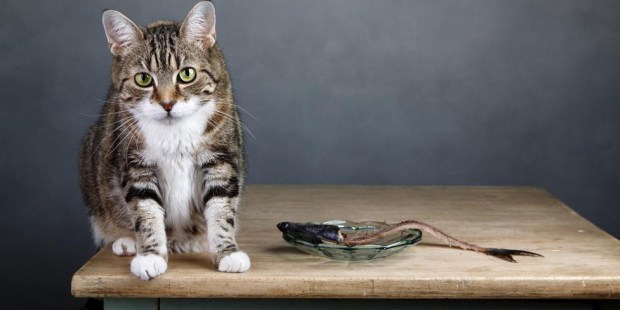 Go on, be a “fish eater” on Fridays; it will help your whole week

A Protestant friend who lived in Philadelphia once said, “You know why those Catholics eat fish on Friday? They’re all Italians, and the Italians have the fish market downtown. So they got the Italian pope to make that rule so they could all sell their fish on Friday so it wouldn’t go off over the weekend.”

Well, not quite. Catholics were sometimes called “fish eaters” because of the ancient discipline of abstaining from meat on Fridays in solemn remembrance of the Lord’s death. As they couldn’t eat meat, fish was on the menu.

Good Friday is one of the days of the year in which the whole Catholic church is supposed to observe a day of “fasting and abstinence.” Abstinence means not eating meat and fasting means “a person is permitted to eat one full meal, as well as two smaller meals that together are not equal to a full meal.”

Such rules! The problem with rules and regulations is that as soon as they are specified more questions arise. So questioning Catholics start to whine, “Why do we not eat meat? I don’t really like meat that much anyway. I like macaroni and cheese better, so if I’m giving something up shouldn’t I give up macaroni and cheese? And what about those people who always go out for an expensive seafood dinner on Fridays during Lent. That’s cheating isn’t it?”

It’s not cheating. It’s observing the rules with rebellion.

Despite observing the rules with rebellion, and the smart-aleck questions, there are good reasons to observe the fast days the church requires.

First: Misery loves company, so join in the Catholic spirit with your Catholic friends and family, go to the parish fish fry or plan a pasta evening for friends. Giving up meat on fast days is a way to do something together. Think about it further. This is a universal discipline in the church. Giving up meat is a way to hold hands with over a billion fellow Catholics worldwide. It’s a kind of global peaceful protest.

Second: Giving up meat may not be a great hardship for you, but that’s not the only reason to make a sacrifice. The “no meat” rule helps you to stop and pay attention to your faith for a moment. Every time you make an effort—even a little effort—it strengthens your faith.

Third: Once you’ve stopped to think about not eating meat it should make you think further about the real sacrifices you are making in your life. Maybe being more patient with that difficult family member and going the extra mile with that cranky colleague is your real sacrifice. Not eating meat helped you to focus on what matters even more.