Winter’s Tale: The Icy Pang of Contrition and the Gift of Thawing Grace 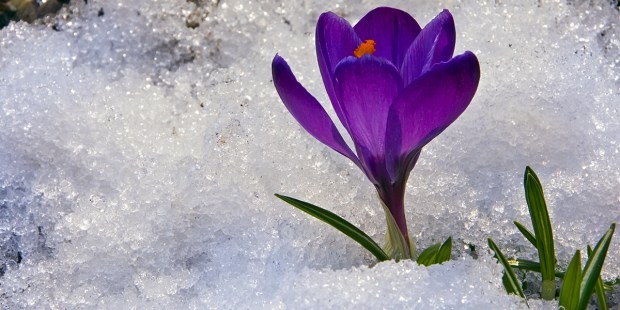 What Shakespeare can tell us about Contrition

Is there a genre of theatrical play best suited for a season of penance? If we’re willing to look beyond Mystery plays to less obvious candidates, I would make a case for Shakespeare’s late romances. These are the plays of sea-changes: where characters are constantly being shipwrecked, yet emerge onshore as if from baptism. Comedies end in marriage, tragedies in death. Romances tend to include both, but end with a resurrection. The romance shows us a family miraculously reunited on the far side of great suffering, much like Easter.

And one of these plays focuses on a journey of repentance, a journey that shows how horror at sin is only half the story: it is required, also, that you awaken your faith.

I recently had a chance to see Kenneth Branagh’s production of The Winter’s Tale. It’s a play whose most famous scene (besides the one with the immortal stage direction “Exit, pursued by a bear”) is the finale, where the statue of a dead queen comes to life to be reconciled to her repentant husband. People often ask whether the magic in this scene is real or a trick (even though, on the stage, everything is both). But I’ve also heard people ask if Leontes, the king, has “earned” the reunion with his faithful, unjustly-suspected, long-thought-dead wife Hermione.

The answer is obvious. No, he has not. His crimes are too great, his penance too small. Shakespeare’s world is too Christian to show a man “paying in full” for his own redemption. The play is a lesson in grace—and in the use and abuse of contrition.

Our Christian life invites us to regular reflection, and that reflection often reveals the ugliness of our sins. Even in our Lenten disciplines, we often fall short—and so are reminded of more grievous shortfalls. Leontes shows us in dramatic fashion what sin can do: By entertaining mad jealousy, he transforms himself into a murderous tyrant who destroys his own family and blasphemes the gods. Most of us don’t have the autocratic power to make our sins so very dangerous, but we still indulge in sick thoughts and do harm to those closest to us. Like Leontes refusing the warning of Apollo (“There is no truth at all in the oracle!”), we are too ready to disregard the word of God when it conflicts with anything our heart or mind is set on. And so we wound our relationships with others and with our Maker.

When we become aware of the evil we have done, we should detest it. That is contrition. The problem is, Leontes becomes just as obsessed by contrition as he was once by jealousy. We are told that, for sixteen years, the king “shuts up himself,” living in virtual isolation to torment himself with recollection of his crimes. He seems to have no hope of forgiveness. This is a temptation we can recognize too. The shame of sin can be paralyzing, can hold us back from asking for God’s absolution: it seems like too much to ask. This is, of course, a perversely prideful thought. Who are we to cling to our burden when God offers to take it up?