How to Help a Grieving Friend, Six Months or Six Years After a Death 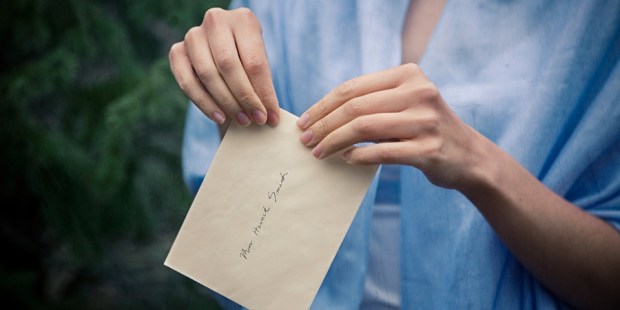 Scripture tells us to look out for the widows and orphans. One way to do that? Simply let them know you remember

Three and a half years. That’s how long it’s been since one of my closest childhood friends was lost in the Red Sea, a victim of a military helicopter accident that never should have happened, leaving his wife and two small sons — one of them an infant he would never get to meet on earth — alone with their grief and their memories.

Of course, they weren’t really alone. Not at all. Not at first. In the days and weeks after my friend’s loss, there were mountains of sympathy cards, fundraising campaigns on the Internet, hundreds of mourners at several memorial services held in his honor, casseroles, phone calls, offers of all kinds of help and dozens of touching tributes posted on social media for the entire world to see — to say nothing of the reporters with their camera and voice recorders. In the weeks after her husband died, my friend’s widow was surrounded by people — probably more people than she ever wanted to deal with in her life — when the one person she wanted was lost to her, forever.

In my experience all losses, even the more “expected” ones, are like that: In the moments, days and weeks immediately after a death, the ones who’ve been left behind are surrounded, pressed in on every side by well-wishers and sympathizers to the point of near claustrophobia. The fridge overflows with more food than any one family could possibly eat, while dozens of floral arrangements stand wilting on every horizontal surface in the house. Over paper plates of Costco appetizers, Auntie’s world-famous lasagna and just enough booze to numb the pain, people share stories of the dead — the best ones, the funniest ones, the ones we feel best represent who the departed really was.

We laugh, we cry and we promise: we will never forget.

But time passes, and the crowds thin out. Life, as they say, goes on. There are new lives to celebrate, fresher deaths to mourn. And then one day, three or five or ten years later, you’re feeling inexplicably down, and you look at the calendar and realize the anniversary of your friend’s passing was almost three weeks ago and you missed it completely. You promised you’d never forget.

As Aleteia celebrates the Jubilee Year of Mercy with 54 Ways to be Merciful, we’ve arrived this week at #14: “Send a card, flowers, gift or note to someone on the six-month anniversary of his or her loved one’s death. By then, most people have stopped recognizing their grief.”

I think six months is an excellent time to do this, because it’s true — this is the point at which most people outside the immediate circle of grief left in the wake of a loved one’s loss have pretty much moved on. There are no more casseroles in the fridge, the dead flowers have been long trashed and the departed’s belongings might even have been boxed up, donated to charity or disposed of by other means. From the outside looking in, it’s like things are nearly normal — almost as if the departed was never there at all.

But inside those walls — the four walls of the house, and the walls of the survivors’ grieving hearts — the disaster is still unfolding. A child is still waking up nightly crying for the daddy he’ll never hold again. A husband is tossing and turning in a king-sized bed — a bed that used to feel crowded by the sprawl of his wife’s limbs and her freezing cold feet as she snored beside him but now feels as vast and empty as the space she left in his heart when she left this world behind.

So if you know someone who’s lost someone recently, note the date, and put a reminder on your calendar: Six months from that date, you’ll be in touch. Send a card and flowers if you like. Better yet, invite the person out to lunch or dinner and ask how she’s doing, face to face. Let her know you remember what she’s lost. If she’s feeling up to it, chat about all the great memories. I guarantee she’ll appreciate it.

By the way, six months is a great start, but I’d challenge you to not stop there. With the technology we have today, you can set a yearly or even twice-yearly reminder in your pocket.  Keep the promise you made when the grief was fresh: don’t forget the lost.