A Faith-Filled Life … Without Catholic School 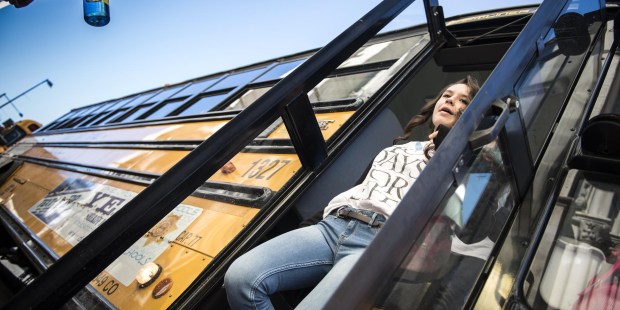 It wasn’t what we planned or wanted, but it may have been what we needed

God began breaking me open to being more than a phone-it-in-on-Sunday Catholic when my oldest didn’t get into Catholic school. The enrollment was such that there was a waiting list for kindergarten. One of the women selling donuts in the church hall saw me expressing my frustration and called me over. “If you want your kids to go to Catholic school, you need to be more involved.”

At that point we went to Mass twice, sometimes three times a month. We used the envelopes when I remembered to put them in my purse. I was a young mother of three; how could the Church expect me to get involved?

That weekend there were sign-ups for parish council. I looked through the committees and opted to be part of parish life. They sold the donuts. They organized a St. Nicholas Mass and the Easter egg hunt and the parish picnic. It sounded like a fun group.

A week later the pastor called and asked if I wanted to be one of the three heads of parish life. I figured, “In for a penny, in for a pound,” and besides, how then could I not get my kid into the school? I agreed. God took my little yes to sign up and exploded it into three years of parish council, becoming Sunday regulars and putting the next eight of my children into Catholic school.

But fiscal times change and children grow older, and as they started leaving for college, managing the tuition for so many, even with assistance, became untenable, and the amount of aid necessary to sustain it, unjust. We opted to pull three of our children from Catholic elementary school and send them to the public school, where their youngest brother attended for his special-needs services. All would return for middle school, but I cried. I cried buckets. I begged in front of the Blessed Sacrament. I made loads of promises to God and said rosaries because I didn’t want this outcome, not for any of them.

It wasn’t that the public school would be bad — I knew it wasn’t — but I loved the school my children attended. I knew the teachers — in some cases for decades. I knew the families. It wasn’t just a school, it was my broader community, my extended family. Having my kids in Catholic school had not just catechized them, it had reinvigorated my husband and me in our faith. It felt like leaving a nest, to leave the school even a little.

Plus, if I was honest, having them in Catholic school reminded me of where we were in the seasons, of what was coming. It corrected my tendency toward trying to organically live out my prayer life, praying as the spirit inspired, as it were, and not as deliberately as a disciple might.

However, God always wants us to grow outward and grow up, and I considered that maybe, after 19 years of the same comfortable place, it was time to break me open a little more.

Over the next year I fell in love with the principal and teachers of my children’s new school, the talent show and the science fair, the book contests and spirit week. We began to know new faces and names and discover people equally dear. While I missed the all-school masses, we still celebrated all the feasts and seasons of the church at home and at the parish. My children weren’t being warped or ruined or secularized, they were just being educated in every subject except religion.

However, I found my kids integrated their faith into every subject. They would know at an early age, as I didn’t, that faith is not an organic but deliberate way of living. It wasn’t what we planned or wanted, but like all things worked through God’s grace, they brought us deeper into relationship with each other, and God. We discovered we would have to become more deliberate in our friendships, our family life and our faith life, more integrated, like our children.

So what have I learned from 19 years of being a parent of kids in private school and four years of public school?

In the end home school, private school, public school — what matters is how we encounter those in our lives, and how we integrate our faith into every faucet. The vessel (school) may vary, the content we pour into it (ourselves) should not.