Christianity Is for Losers 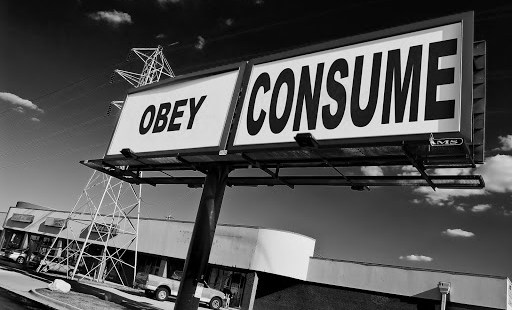 “I wouldn’t go to church with my plumber.” The speaker, dressed in a dark two-piece suit, with the aggressive pinstripes favored by some businessmen, went to a traditionalist Episcopal parish out on Long Island where the average income sails far over the average American’s. I laughed, because I’d heard that line said as part of a joke and then saw that he was serious. It was an awkward moment.

I understand snobbery. Everyone does, because almost everyone is a snob about something. I don’t understand saying this out loud. A Christian might feel this way, being formed by a social world that thinks skilled laborers inferior to bankers and investors, but those who feel that way should know how they sound when they say so.

Jesus died for the plumber, and if Jesus died for him, you can sit next to him. And like it. The same thing applies to those of us who wouldn’t want to sit next to the man in the pinstriped suit. We aren’t allowed to be moral snobs about status snobs.

In my column “Promiscuity Pays,” I talked about the feeling many of us have that living virtuously and following the rules should work out for us, and our forgetting that the fall is as pervasive and insistent as it is. We also tend to forget that Christianity is a religion for losers. It’s a related mistake.

We can find amusing the elitism of the New York Times, impeccably liberal in its editorial positions, yet filled with advertisements for apartments, clothes and gadgets only the rich can afford, its feature and lifestyle pages filled with fawning, breathless stories about the hip, young and wealthy. The editors are not much more interested in the plumber as a man than is the wealthy Episcopalian, though to their credit, in contrast to him they care that the plumber be paid fairly and find housing.

But we tend not to see, much less find amusing, our own assumption that Christianity is a religion for the successful. Living in so wealthy a country, we have trouble not thinking this way. America is a Pelagian society.

This assumption appears in the preference given in church life to those who are rich in family. It appears more subtly when even conservative Catholics suggest some leniency in annulling marriages for the sake of the children of the second marriage, yet comes unglued when the Extraordinary Synod’s interim report says simply that some care should be given to the children of homosexual partnerships. We favor those who are, so to speak, rich in sexual orientation.

It appears also in the ease, even quickness, with which we accept censorious explanations of other people’s failures. The unmarried man “didn’t settle down when he had a chance,” the unmarried woman “has been too picky.” The long-term jobless “need to look harder” or “take what they can get” or “should have worked harder so they didn’t get laid off.” We expect the odd and awkward to live on the sidelines because they must have chosen in some way to be odd and awkward.

The assumption appears even in our moral judgments of the successful. The pinstriped snob should know that he’s being a jerk, we think. His failure in basic humanity must be his fault.

And it appears in the self-help culture that infects even Catholicism. Suffering people would change their lives if only they followed the instructions — the five points for this or the ten steps to that. Success is so easy, the unsuccessful must have chosen not to succeed.

“Of course, something that reminds us that we are ‘banished children of Eve’ is going to appeal to me, being Irish and all that,” wrote my gifted friend Mark Barrett about “Promiscuity Pays.” He continued: “It’s all well and good to make fun of the Joel Osteens of the world, but we have our own more subtle variations. We may not want ‘our best life now,’ but we want our faith to give us some of the best stuff now. Even if it’s just in a few areas.