Archdiocese to Seek Pardon of Those Hurt by Church 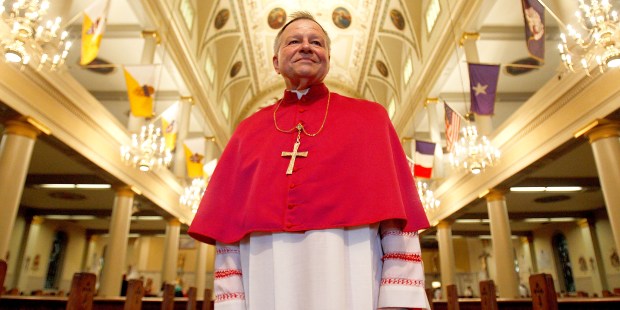 The Sunday after Easter in the Roman Catholic Church focuses in a particular way on the mercy of God. In one archdiocese, Church leaders will also be seeking the mercy of people.

Archbishop Gregory Aymond of New Orleans on Divine Mercy Sunday will publicly ask forgiveness from those who have been hurt by the Church. During a Mass April 3 at St. Joseph Church in New Orleans, the archbishop will lead “a ritual of forgiveness and resurrection” that “acknowledges that we as individuals, as members of the archdiocese and society as a whole have let people down,” according to the archdiocese. “This rite seeks forgiveness and reconciliation with those who have been hurt or alienated by the Church either through institutional or individual offenses.”

The New Orleans Times-Picayune reported that the ritual will include prayer, confession, reflection and song. Archbishop Aymond will ask for forgiveness of sins against God’s people and ask for his help in overcoming the sins of the past and present, to bring unity and mercy to the Church, the archdiocese said.

The April 3 liturgy is part of the archdiocese’s observance of the Jubilee Year of Mercy.

“The Jubilee Year of Mercy invites us to look at the whole story, and the Christian story is one of both sin and grace,” the archdiocesan statement said. “The archbishop really wants to focus on the fact that as individuals, as a Church and as a society, we’ve let people down, and the root of that is sin. It’s appropriate that we ask for forgiveness.”