The Original Image of Divine Mercy 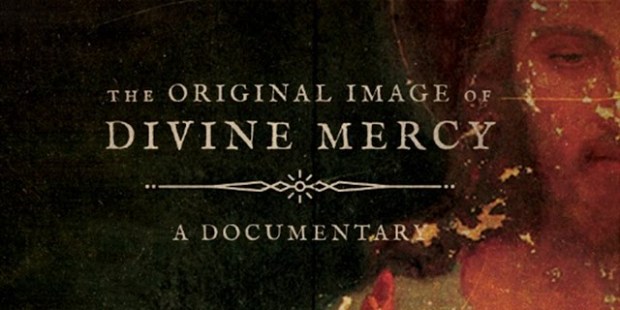 The image of Divine Mercy is now one of the most identifiable sacred images among Catholics around the world. But most don’t know the history behind this image of Jesus given to St. Faustina Kowalska in the 1930s.

Daniel diSilva, a writer and filmmaker in San Diego, seeks to change that with his new documentary that explores the original image of Divine Mercy. Currently it is being screened around the United States.

The idea for the film came to diSilva when he saw the original Divine Mercy image for the first time and heard about the difficulty the Archdiocese of Vilnius had when they attempted to move the painting from an old Polish church to the new shrine in Old Town Vilnius.

“I was fascinated enough to propose a documentary and found out the rest of the story while making the film — it was a journey of discovery,” says diSilva.
Endorsed by the Pontifical Council for Promoting the New Evangelization, the film features interviews with comedian ​Jim Gaffigan, ​music artist ​Harry Connick Jr., ​​Cardinal ​Christoph Schönborn, Cardinal Stanisław Dziwisz, George Weigel and many others who share their thoughts and impressions about the famous image.
DiSilva says the most surprising thing about the story is “how many people have risked their lives to preserve this painting.” He also says it has changed his own life and perspective.
“It has increased my sense of respect for myself and others,” says diSilva. “There are qualities and details in this original image that are absent from all the others, beautiful as they may be. A piece of art, or a person, cannot be copied. They can be imitated, but an original will always be an original. For me, for some reason, this changes everything!”
More information can be found at the film’s website.