Little Ears, Big Mouths: Going to Confession With a Small One In Tow 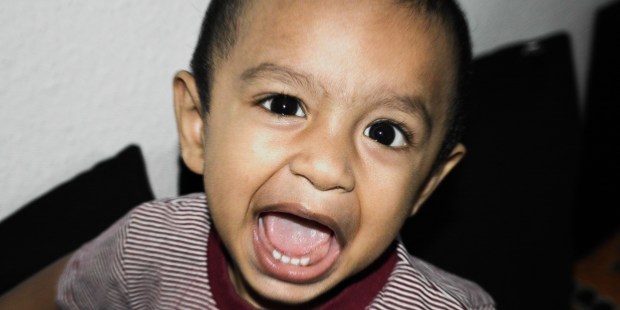 For single parents, participating in this necessary sacrament can present problems of logistics and confidentiality

I’m a single mom, like you. I was wondering how you managed going to confession while juggling small children. Do you take them in the confessional with you? And if so, at what age do you recommend no longer doing so? I’ve got an infant and a four year old, and my immediate family lives pretty far away, so I don’t have anyone handy to watch my kids for me while I go to confession. I haven’t been able to make it to confession in almost six months because I don’t have anyone to watch them.

People often underestimate how much kids hear and retain. My son was the tender age of four, the same age as your oldest, when he announced at the Thanksgiving dinner table to my entire family that “mommy only smokes when she drinks.”

Once our little darlings start talking, it’s safe to assume they will repeat everything they hear. The infant you can take into the confessional with you. The four year old, probably not. But don’t sweat this, and definitely don’t let it keep from the sacrament of confession for six whole months!

When my son was a baby, I took him in with me. I made sure he was fed and changed and that my confession was short and to the point. By the time he was three I felt comfortable enough leaving him in the pew closest to the confessional with a book or toy. I always asked the people in line to keep an eye out for him, and no one was ever put off by my request. However, if the thought of leaving your oldest alone makes you nervous, perhaps you might make an arrangement with another mom, meeting at church to take turns watching each other’s kids while the other is in the confessional.

It helps to get the church as early as possible and being one of the first in line. The longer you have wait, the higher the probability for a meltdown to happen.

If you’re worried that your priest might have misgivings about bringing an infant into the confessional, call your parish and ask. I doubt very seriously he would, but it’s always better to ask anyway, if for no other reason than to put your mind at ease. You’ll find a lot of moms — dads too — single or married, often take their very small children in the confessional with them. Priests I have asked say it’s a pretty common practice. People will usually start their confession by letting them know they have a child with them or one waiting outside so the priest knows to keep it brief.

Finally, I know you really want to impart on your kids the importance of going to confession, and the best way to do that is for them to see you going. But if all else fails, do a little research about other parishes. You might be surprised to learn that late-afternoon confession is not the only option in your area. Confessions are typically heard late Saturday afternoon, before the Saturday evening vigil masses, but sometimes other parishes offer confession before midday Mass during the week, or on a Tuesday or Wednesday after work. Check online at the other parishes in your diocese. Perhaps confession during lunch, or after work before you pick up the kids from school or daycare, might be an option.

Katrina Fernandez has a PhD in being single, and a master’s in single parenting with a concentration in Catholic guilt. She’s been writing about these and other life-survival topics for more than a decade. Submit all questions to katrinafixesitforyou@gmail.com.