Pope Francis and the “Revolution of Gestures” 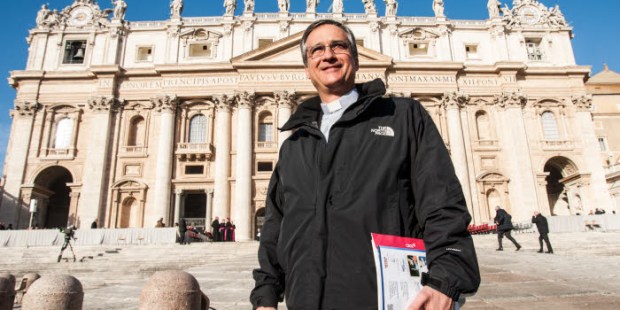 An interview with the prefect of the Vatican Secretariat for Communications, Msgr. Dario Viganò, on his new book, “Fidelity is Change”

Can you tell us about your work with Pope Francis? How do you manage communications?

It’s very complex at the moment, since we are involved in the process of reform.

Pope Francis is very careful about this. With the Council of nine cardinals, he wanted to reform not only the media but also the entire information system. We have a communications system that plays too much catch-up and recovery. We don’t have proactive communications. We still are not familiar enough with the various forms of media, with the various audiences. With Pope Francis the work is always one of thorough analysis, because there are some things which Pope Francis does that he accepts having filmed, but he doesn’t want them spread abroad.

On the one hand, he understands the documentary value but, as we know, he sometimes prefers a free, frank dialogue, and he does not want to give this up. At the same time, he realizes that — as Pope — in this sort of frank and open dialogue there may be nuances which, from a theological perspective, are not so perfect. So there is always an ongoing dialogue. In this dialogue, he is a very intelligent, capable, open and frank man. But, we are at his service. He is the Pope and it is right that he is the one to decide.