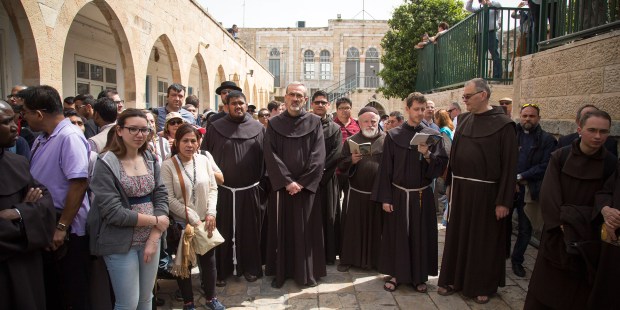 St. Francis of Assisi traveled to Egypt in 1219 to meet with the Sultan. In 2016, some of his spiritual sons have established a new community in another predominantly Muslim country: Turkey.

A new friary in the Turkish city of Izmir represents the hope of several friars to witness to the Gospel, promote ecumenical and interreligious dialogue and dialogue with Turkish culture, according to a report Wednesday by the Fides news agency.

It is the first new Franciscan community in Turkey since the establishment of one in Istanbul, an hour by air to the north. But its planning goes back to 1995, when then-minister general Father Hermann Schalück and Ecumenical Patriarch Bartholomew I, who resides in Istanbul, discussed the formation of an international Franciscan presence. In the following years the first fraternity for ecumenical and interreligious dialogue in Istanbul was formed.

Among the annual activities envisioned are celebrations of the Week of Prayer for Christian Unity, exchange and visits to Muslims during Ramadan, a permanent formation course on ecumenical and interreligious dialogue, and an interfaith prayer meeting in the spirit of the Assisi meetings that were called by Pope St. John Paul II.

With a population of some 2.8 million people, Izmir is Turkey’s third most populous city, after Istanbul and Ankara, the capital. The friars may have a chance to see the flow of migrants and refugees trying to get to Europe, as the city is close to the Aegean Sea.