Even Atheists Enjoy These Rocking Nuns

“From the greatest sinners he made courageous men and women, saints and martyrs.”

“I’m an atheist, but I recognize their talent.”

“I’m Catholic, but I don’t give much importance to my religion. But I have to admit that this song is spectacular!”

“I don’t believe in God, but I like this song.”

“I’m not Catholic, but I love their song. More honor to God.”

These rocking nuns are part of a new religious community in Lima, Peru, the Servants of the Plan of God. They model themselves after Mary when she goes to serve her cousin Elizabeth in the visitation. “Like her, we seek to serve promptly to people who are in need, letting ourselves be led by charity and carrying the Gospel.”

And where does a rock band fit in?“From the beginning,” say the sisters, “music has been a fundamental part of mission of evangelization. Through our songs we seek to draw closer to human experiences and give a response to them from the light of faith.” And it’s clear from comments like the ones above that they are doing just that.

The singing sisters travel around the Americas playing at retreats, conferences and other events. To learn more about their community, which is now in South America, Asia, Africa and Europe, check out their website. 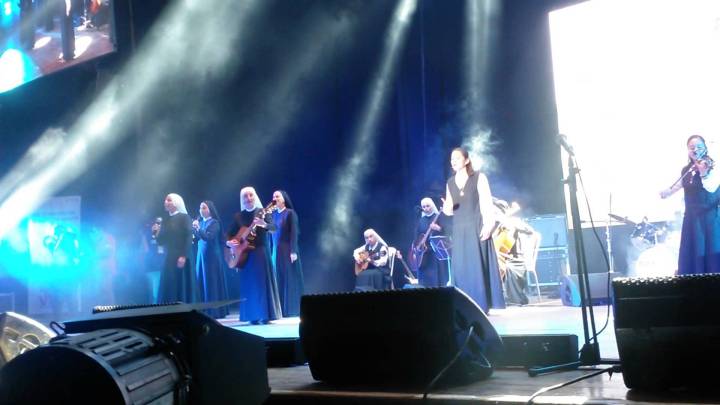