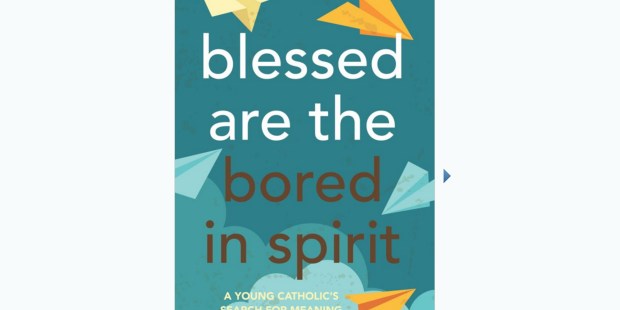 Think deeper than a gold cross or Holy Spirit pendant

Receiving the sacrament of confirmation is a profound moment in the life of a Catholic, especially for teenagers who are now embarking on their own faith journey. After a worthy reception of this sacrament, they become “adults” in the eyes of the Church and are given the task of sharing their faith with others.

Unfortunately, we often treat these confirmation candidates like high school graduates, congratulating them for a “job well done” and then quickly thrust them into the world without any help. We expect them to have all the answers and to be prepared to overcome any struggles they may have in the future. For many, this will be the last time they attend a class dedicated to religion and some may never go back to Church again.

This presents a problem, as when they encounter the many crosses of  life, they will only have the solutions they received during Confirmation class. They will not grow in their faith and it will largely have to do with the lack of resources we give them. Instead of giving them a life raft to help them when they need it the most, we tell them to jump in the water and swim.

However, we can better equip them and at least give them tools, resources and spiritual assistance they can turn-to when a crisis of faith hits. On the day of Confirmation, don’t just give them a gold cross or Holy Spirit pendant. Give them something that can answer those questions they never asked in Confirmation class or that can buoy-up their faith through added grace.

In addition to our grace-filled prayers, what we want to give our teens are resources that are addressed to them, in a language they can understand. I know from experience that I wouldn’t be where I were today if someone didn’t give me Did Adam and Eve Have Belly Buttons?. I was a lost teenager, but when I wanted to change that, I turned to this book and it changed my life.

So think differently when you are getting ready to give someone a confirmation gift. It could affect them years down the road and help them turn back to God.