French Diplomat to be Pope’s Representative in U.S.. 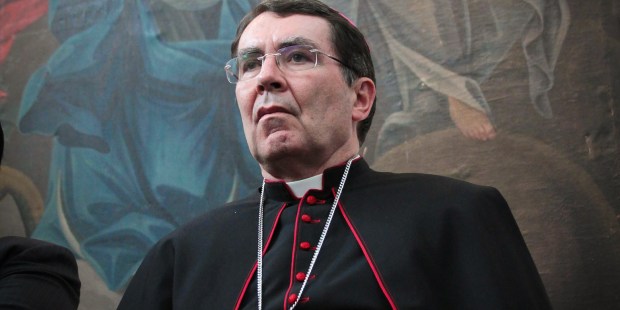 Archbishop Christophe Pierre transferred to DC from post in Mexico

French Archbishop Christophe Pierre, who has served as apostolic nuncio to Mexico  since 2007, will be the pope’s new representative in the United States, the Vatican announced Tuesday.

Archbishop Pierre succeeds Archbishop Carlo Maria Viganò, who has served in the position since 2011 and reached the retirement age of 75 in January.

Reporting on the appointment, which has been rumored for some time, America magazine called Archbishop Pierre “one of the Holy See’s most distinguished and respected diplomats.”

“He comes to Washington DC as an experienced diplomat, with firsthand knowledge of the dramatic plight of migrants from Central America and Mexico to the United States, and will be able to give voice to Pope Francis’ concern for them,” the magazine noted.