Meet the Only Nun Sentenced to Death by a Nazi Court 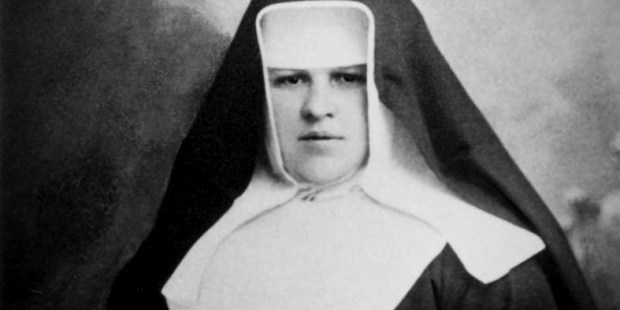 Defiant Sister Maria Restituta hung crucifixes on the walls of her hospital, and wouldn’t take them down

Sister Maria Restituta began Lent of 1942 under arrest. She was taken on Ash Wednesday. Her crime: “hanging crucifixes.” She was sentenced to death. The following year, on Tuesday of Holy Week, she was executed.

May 1, 1894, was a happy day for Anton and Marie Kafka.  Marie had just given birth to her sixth child and mom and daughter were both doing fine. The proud parents named their new baby girl Helena.  Devout Catholics, Anton and Marie had Helena baptized into the faith only 13 days after her birth.

The ceremony took place in the Church of the Assumption, in the town of Husovice, located in Austria.  Before Helena reached her second birthday, the family had settled in the city of Vienna.

Helena was a good student and worked hard. She received her First Holy Communion in St. Brigitta Church during May of 1905 and was confirmed in the same church a year later. After eight years of school she spent another year in housekeeping school and, by the age of 15, was working as a servant, a cook, and being trained as a nurse.

At age 19, she became an assistant nurse at Lainz City Hospital. This was Helena’s first contact with the Franciscan Sisters of Christian Charity and she was immediately moved to become a sister herself, and on October 23, 1915, became Sister Maria Restituta. She made her final vows a year later and began working as a nurse.

By the end of World War I, Sister Restituta was the lead surgical nurse at Modling Hospital in Vienna.  She had never heard of Adolf Hitler and could never have imagined that one day, because of this man, her beloved nation would be annexed into the German Republic.

On  March 12, 1938, the Austrian Nazi Party pulled off a successful coup d’etat taking control of the government. The unforeseen and unimagined had come to pass, and Hitler now controlled the once proud Austrian nation.

Sister Restituta was very outspoken in her opposition to the Nazi regime. When a new wing to the hospital was built she hung a crucifix in each of the new rooms. The Nazis demanded that they be removed. Sister Restituta was told she would be dismissed if she did not comply.

She refused. The crucifixes remained on the walls.

One of the doctors on staff, a fanatical Nazi, would have none of it. He denounced her to the Party and on Ash Wednesday, 1942, she was arrested by the Gestapo as she came out of the operating room. The charges against her included, “hanging crucifixes, and writing a poem that mocked Hitler.”

The Nazis promptly sentenced her to death by the guillotine for “favouring the enemy and conspiracy to commit high treason.”  They offered her freedom if she would abandon the Franciscans she loved so much. She adamantly refused. Although many nuns lost their lives in the extermination camps, Sister Restituta would be the only Catholic nun ever charged, tried, and sentenced to death by a Nazi court.

An appeal for clemency went as far as the desk of Hitler’s personal secretary and Nazi Party Chancellor, Martin Bormann. His response was that her execution “would provide effective intimidation for others who might want to resist the Nazis.” Sister Maria Restituta spent her final days in prison caring for the sick. Because of her love for the crucifix — or rather, the One who was died upon it — she was beheaded on March 30, 1943.

The day she died happened to be Tuesday of Holy Week. She was 48 years old.

Pope John Paul II visited Vienna in 1998 and there beatified Helena Kafka, the girl whose destiny was service. She was declared Blessed Maria Restituta. She had learned how to serve others extremely well. But the One she served best of all was her Savior. She gave Him her life.

Larry Peterson is a Christian author, writer and blogger who has written hundreds of columns on various topics. His books include the novel The Priest and the Peaches and the children’s book Slippery Willie’s Stupid, Ugly Shoes. His latest book, The Demons of Abadon, will become available during the spring of 2016.  He has three kids and six grandchildren, and they all live within three miles of each other in Florida.