The Joy of Love: Parsing Chapter 8 of Amoris Laetitia 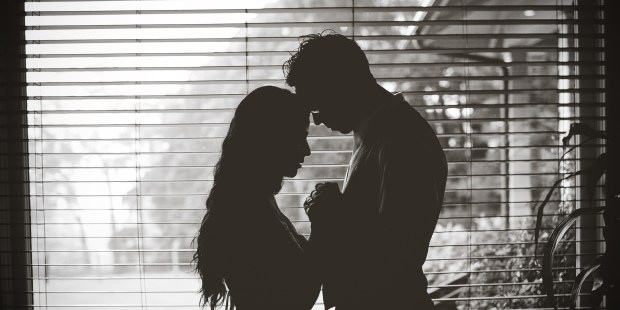 True to the Gospel? True to Church teaching?

Chapter 8 of Amoris Laetitia, titled “Accompanying, Discerning and Integrating Weakness,” has been called the most controversial section of the post-synodal exhortation. Many commentators have expressed concern that in this chapter, Pope Francis could potentially encourage a departure from the Church’s established teachings on marriage and the family. Yet a simple, full and good-faith reading of the actual text of chapter 8 would reveal nothing that is truly novel or foreign to the Church’s traditional doctrine or moral theology.

For example, here are some “soundbites” from chapter 8 that might appear problematic apart from the rest of the text:

Par. 297 – “No one can be condemned for ever, because that is not the logic of the Gospel!”

Taken out of context, this might seem to contradict Jesus’ own words in the Gospels (e.g., Matthew 25:46) when he warns of us the very real possibility of experiencing eternal punishment if we die unrepentant from our sins. One might therefore presume that Pope Francis is either telling us that failure to live in accord with the Church’s marriage laws should no longer be considered sinful, or else is suggesting that there are no longer any enduring consequences of persisting in a sinful state.

However, only a few lines down in the very same paragraph, the Holy Father notes that: “Naturally, if someone flaunts an objective sin as if it were part of the Christian ideal, or wants to impose something other than what the Church teaches, he or she can in no way presume to teach or preach to others; this is a case of something which separates from the community. Such a person needs to listen once more to the Gospel message and its call to conversion.”

In reading the actual paragraph, it becomes clear that Pope Francis is not denying the reality of hell, but is rather emphasizing the Church’s constant teaching that there is indeed hope and mercy for those striving to turn away from sin. “The logic of the Gospel” refers to Christ’s readiness to forgive those who sincerely seek reconciliation.

Par. 299 “Such persons need to feel not as excommunicated members of the Church …”

It has been claimed that, in this passage, Pope Francis subtly suggested that the unlawfully divorced and remarried may now readily participate in all of the sacraments, including the reception of Holy Communion. If this were the correct reading of this line, it would be problematic in so far as it would imply that the Pope Francis was willing to dismiss the Church’s teachings on the permanence of the marriage bond, or else that he was devaluing the sacredness of the Eucharist.

But if we look at what this sentence actually does say, rather than what some hope or fear it might imply, we should recognize that it expresses a fact that is both true and uncontroversial.

“Excommunication” is a punishment for certain crimes committed against canon law, and not a consequence of an irregular marriage. While those who have divorced and remarried (that is, without having first received a declaration of nullity) are, technically, living in a public, sinful state of adultery — and are therefore, according to both canon law and the Church’s moral and sacramental theology, not permitted to receive Holy Communion — it is important to acknowledge that this is not the same thing as incurring excommunication as a canonical penalty.

Still, in this paragraph Pope Francis is making a larger point on the importance of pastors finding ways for those in irregular marriages to participate in the life of the Church. While some activities, including those which involve representing the Church in an official capacity, would be inappropriate for the divorced and remarried, it is still possible for them to be involved in other aspects of the Church’s life, such as assisting in works of mercy organized by the parish or participating in prayer groups (cf. AL 297).

The purpose of striving to integrate the divorced and remarried into the life of the Church is not somehow to give an official seal of approval on their past sinful choices, but rather to include them in an environment which will help foster their deeper conversion, in the hope of an eventual resolution of their irregular situation.