Remembering Kobe Bryant: Formed and saved by his Catholic faith


This article was originally published in April of 2016. Sadly, Kobe Bryant, along with his 13-year-old daughter, Gianna, and seven others, passed away in a helicopter crash on January 26, 2020. May they rest in eternal peace.

On Wednesday, April 13, 2016, Kobe Bryant, one of the greatest athletes of all time, ended his 20-year basketball career with a bang, scoring 60 points in his last game.

While Bryant’s stats can be recited by many — five-time NBA champion, two-time Olympic champion, 18-time All-Star and the third leading scorer in NBA history — few know about the role his Catholic faith played in helping him through one of his darkest hours.

Born in Philadelphia, Kobe Bryant was raised in a Catholic household and even spent some of his youth in Italy. Drafted into the NBA at the age of 17, he eventually married Vanessa Laine at St. Edward Roman Catholic Church in Dana Point, California. Two years later they had their first child. Bryant was at the top of his game and everything seemed to be heading in the direction of his dreams.

Then he made a big mistake.

In 2003, Kobe Bryant was accused of raping a woman in his hotel room, while he was in Colorado for knee surgery. He admitted having sex with the woman but denied rape. A judge eventually dropped the charges, but the woman went on to file a civil lawsuit against Bryant that was settled outside of court. In the midst of it all, he issued a public apology, stating that he was sincerely ashamed of what he had done.

The incident had major consequences as numerous sponsors abandoned him and his reputation was tarnished. In 2011, his wife filed for divorce.

Yet during one of the darkest moments of his life, Kobe Bryant turned to his Catholic faith. In an interview with GQ in 2015 he explained:

“The one thing that really helped me during that process — I’m Catholic, I grew up Catholic, my kids are Catholic — was talking to a priest. It was actually kind of funny: He looks at me and says, ‘Did you do it?’ And I say, ‘Of course not.’ Then he asks, ‘Do you have a good lawyer?’ And I’m like, ‘Uh, yeah, he’s phenomenal.’ So then he just said, ‘Let it go. Move on. God’s not going to give you anything you can’t handle, and it’s in his hands now. This is something you can’t control. So let it go.’ And that was the turning point.”

After some rough years, Kobe Bryant reconciled with his wife. They founded the Kobe and Vanessa Bryant Family Foundation (KVBFF), which is dedicated to, among other things, helping young people in need, encouraging the development of physical and social skills through sports and assisting the homeless. Asked about this commitment in 2013, Bryant’s answer would likely have made Pope Francis very happy:

My career is winding down. At the end of my career, I don’t want to look back and just say, “Well, I had a successful career because I won so many championships and scored so many points.” There’s something else that you have to do with that. [The homelessness] issue is one that kind of gets pushed on the back burner because it’s easy to point the blame at those who are homeless and say, “Well, you made that bad decision. This is where you are. It’s your fault.” In life, we all make mistakes and to stand back and allow someone to live that way and kind of wash your hands of it … that’s not right.

Throughout all of his trials, and perhaps even in response to them, Bryant has realized that fame and fortune were nothing compared to the importance of faith and family. When everyone else in the world abandoned him, the Catholic Church was always there.

He may be an All-Star and NBA legend, but even superstars can use the foundational support of faith-formation, and a good priest to turn to. 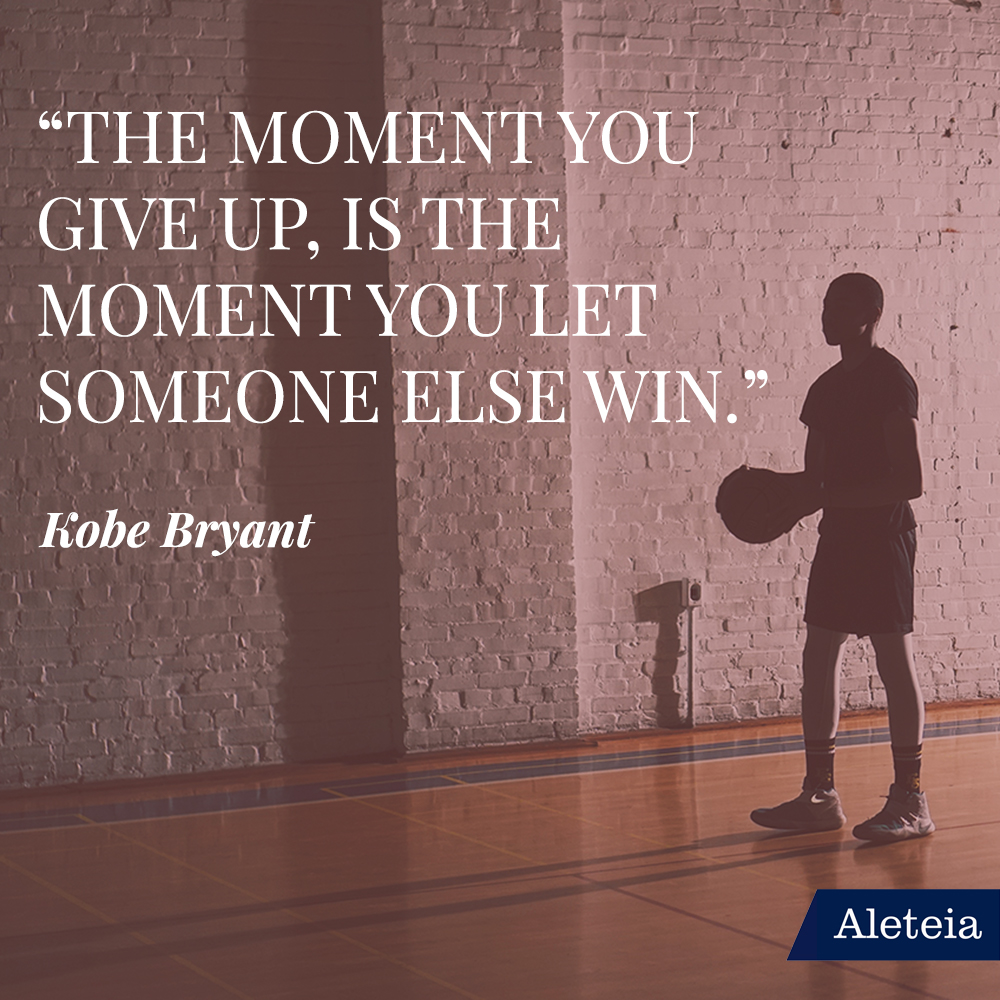