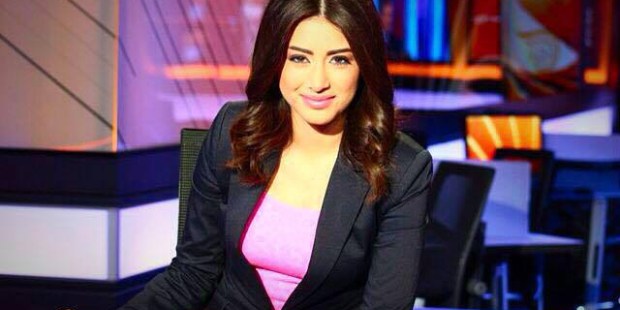 Tells Aleteia’s Arabic edition of her relationship with Lebanese saint, and what she believes is his message to Christians and Muslims

Saint Charbel Makhlouf is her patron saint. She loves him to the point of visiting the Annaya Monastery on the 22nd of each month, and whenever she feels the need to pray and talk with him.

She is a practicing Shiite but open to other religions and to humanity. She is Lebanese and has built her reputation by working as a reporter and presenter on both channels Douniya Al and Al Mayadin.

Roula Bahsoun unveils details of her relationship with the Saint of Lebanon, during a telephone call with Aleteia:

She said: “Saint Charbel is also the patron of the Muslims, he invites us on the 22nd of every month to help us and heal us. I see a lot in my dreams. He gave me the first time, a bracelet of his right hand, saying: “Keep it.” I dreamed again, I climbed to the Hermitage where I found it. I lit a candle and I heard him say, “Come here.”

I saw a man of great size, wearing his cassock. I immediately recognized how he closely resembled the portrait displayed at the monastery, and the picture I have of him at home. Saint Charbel knows how much I love him, and my heart rejoices every time I hear his name.”

Bahsoun likes visiting the Maronite monastery at Annaya as she likes to learn from the master of the convent, away from the din of the world. She reverences Charbel, kneeling, crying and talking with him. Bahsoun says, “I can feel it, I cannot describe this feeling, I speak with him as if he were in front of me and I feel a strange tranquility.”

Roula says that “There is no God but God” was engraved on the bracelet given to her by Saint Charbel. She also saw Saint Rafka in her dream: “I saw in a destroyed house with only one small window overlooking a nice place where people live in peace. A church and a mosque were located near the house. Rafka was dressed in white and brown, carrying the cross around her neck. She said: “You have to get out by the window, the window of joy.”

Roula says these dreams of Charbel and are Rafka are reconciliation messages. We must, Christians and Muslims live together in love and peace.”

She shares her account to send a message to readers of Aleteia “These thousands of years, the sons of the East still kill, obscuring the message of God to them, which is a message of love and peace issued to us all, without regard to our different religions. Why do atheists live in peace and why we who have received the peace of God, are unable to live it?

The Saints have departed from this world and have experienced peace and Saint Charbel’s prayers healed Muslims before Christians. How then do we not understand God’s message for us?”

Roula concludes on a note of the relationship between Christians and Muslims saying, “We keep saying we want to live together but do we dare to forge a relationship with another who belongs to another religion? I find, as a Muslim, no problem to build relationships with those who profess another religion-because we are all human before being followers of a particular religion.

Translated from the Arabic.