Adam LaRoche Walks Away From $13 Million For Son 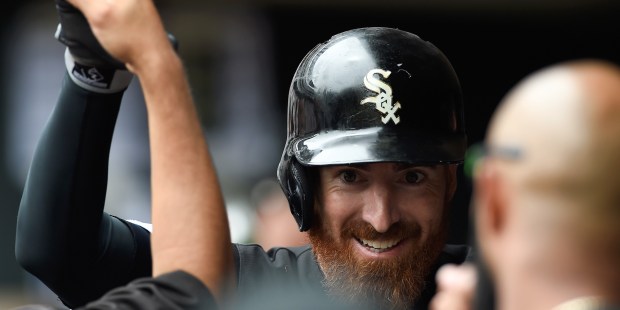 There are few professional athletes who would walk away from a guaranteed $13 million contract, but that is exactly what Chicago White Sox player Adam LaRoche did earlier this week. After a successful career of 15 seasons, LaRoche retired early when faced with a “fundamental disagreement” with White Sox VP Ken Williams.

LaRoche explained the sudden decision in a statement he released on Monday. In it he said, “Ken Williams recently advised me to significantly scale back the time that my son spent in the clubhouse. Later, I was told not to bring him to the ballpark at all. Obviously, I expressed my displeasure toward this decision to alter the agreement we had reached before I signed with the White Sox. Upon doing so, I had to make a decision. Do I choose my teammates and my career? Or do I choose my family?”

Up until that point, LaRoche had been permitted to bring his 14-year-old son Drake to the clubhouse on a regular basis. LaRoche brought Drake so often that his son was even given a locker right next to his dad’s. During practice, Drake would run errands for the team or do minor cleaning jobs.

In an interview with ABC News, LaRoche explained that his primary job was to be a father and that he did not want his career to overtake it. He remarked, “Our kids are going to follow in our footsteps, good or bad. And you know, we got a small window here, a very small window here, to turn them into the men that they’re going to be. And I don’t want to miss six months of that window, even for $13 million.”

Some have criticized his decision and pointed out that his ability to take his child to work is an “exception” and that hardly anybody is able to do that in the modern world. However, LaRoche responded by saying, “Can every parent do it? No. But can we spend more time with our kids? Sure. I feel like I’ve spent as much time with Drake as you can, and if he were to die tomorrow, I guarantee you I’d be looking back and saying I wish I spent more time with him.”

He also told reporters that his decision to place family first was inspired by God. LaRoche is a devout Christian who is not ashamed of living out his faith. Most recently LaRoche “along with Brewers pitcher Blaine Boyer, spent 10 days in November in Southeast Asian brothels, wearing a hidden camera and doing undercover work to help rescue underage sex slaves.”

LaRoche told ABC News that part of the reason he is sternly against child trafficking is because of his children, “I think having my own kid, having two kids of my own, especially a 12-year-old daughter, it’s impossible not to picture, you know, ‘What if this was my daughter?’”

LaRoche has no regrets over the decision to walk away from $13 million dollars and credits his parents for teaching him that there are more important things in life than money or success.