The World Thinks Sex Is Boring 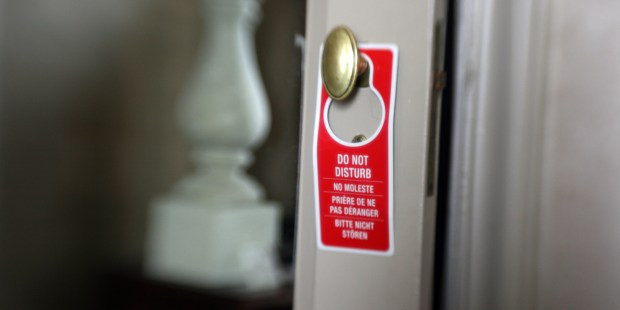 The article reminded me of the creepy guys you see in movies, telling the young woman at the bar that he and his wife have grown apart, that they don’t even speak any more, that the fire has gone out of their marriage, and would she like another drink up in his room? It appeared in The Guardian’s “How to …” section and was titled “How to have sex with the same person for the rest of your life.”

It’s clearly supposed to answer a problem their readers will recognize. The unnamed writer explains it as a challenge built into such relationships: “The major stumbling block to sex in a long-term relationship is that you’re after two opposing things: security, reliability — lovely anchoring things like that which make you feel safe — but you also want fire, passion, risk, danger, newness. The two camps are opposed. If you have one, you can’t have the other.” Later he adds that “responsibility kills sex drive.”

The article was the most popular one on the newspaper’s website at about 7 a.m. in England the day it appeared. It stayed number one for most of the day and remained in the top ten the next day and I think the day after that. Apparently a lot of people wanted the answer.

The answer, in case you’re one of them, is “try to get pockets of distance.” The writer’s only practical suggestions are having sex at your partner’s place of work and sleeping in separate bedrooms.

To be fair, the writer also suggests spending “some quality time together to keep the bonds going,” and at the very end of the article urges readers to let go “the myth of spontaneity” because “committed sex is willful, premeditated, focused and present.” The whole article’s more sensible than its main points.

Sex Will Get Boring

I couldn’t get my mind around the idea that sex will get boring with a single partner, because … I hope I don’t have to explain this. One might want more sex, or sex with more people, or more forms of sexual acrobatics, because lustful human beings can want all sorts of things they shouldn’t have, but finding sex boring, I mean, just no.

For the writer and those he writes for, good, never-boring, always-exciting sex requires distance, “otherness” — in other words the illusion that the old partner is a new lover. The partner may share your bed, bathroom, and checking account, but you must feel that she (or he) is someone you just met at a party or a bar. To which my reaction is: these people need help. Because sex.

Maybe some people really do need an answer to the question. Maybe some have been so damaged that intimacy scares them and change makes them feel safe. Pornography heavily used can divert the sexual drive from people to objects and promiscuity may create a need for variety and the excitement of the chase. People can habituate themselves, perhaps addict themselves, to fire, passion, risk, danger, newness.

You have bet your life on one person. At the best of times, you two sinners have to work out a life together, and that can hurt. This person may fail you, may even betray or leave you. This person may get sick, in body or mind. This person may die. You may fail her in any of these ways. You may become strangers stuck in the same house. If neither of you have yet failed the other, you still may. And that will hurt like hell and wreck your life.

You want risk and danger — there’s risk and danger for you. It’s a lot more risk and danger than The Guardian’s writer knows. You don’t need distance and fantasy. Bet your life on one person. Put your happiness in her hands. That’s how you have sex with the same person for the rest of your life.