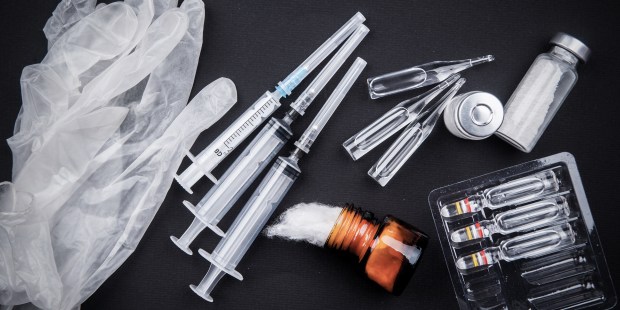 Bill C-14, the legislation that Prime Minister Justin Trudeau’s Liberal government is trying to pass, is a model of the “end goal of the euthanasia and assisted-suicide lobby,” says Alex Schadenberg, executive director of the London, Ontario-based Euthanasia Prevention Council.

“The end goal is that death be available to anyone, that it can be done by anyone and that it can be for very wide open circumstances,” Schadenberg said in an interview. “That’s exactly what this legislation does. If you think this is only about people who are terminally ill, nearing death, who are suffering in great pain and we’re simply providing comfort for those very few people at the end of their lives, think again. Read the bill, read where it’s going.”

Schadenberg and his team are offering amendments to the legislation as Parliament begins hearings on the bill this week. Trudeau’s government crafted the legislation in response to the Supreme Court of Canada’s February 2015 decision striking down a ban on assisted suicide. The court gave the government until June 6 to have a law in place.

But the bill does not simply allow for people who are suffering to end their own lives; it provides for euthanasia as well, by creating an exemption to the homicide act.

The bill allows for both doctors and nurse practitioners to authorize assisted suicide or euthanasia, but it allows anyone to perform the act, Schadenberg explained. “That means somebody could establish a suicide clinic, and once someone’s been approved [for suicide or euthanasia], they’re the ones who do the act,” he said. “They wouldn’t have to be doctors; they would just need proof that it’s been approved for that person.”

Further, the bill says that a doctor or nurse practitioner has to “be of the opinion” that criteria for assisted suicide or euthanasia have been met.

“That means that if anyone who has died by euthanasia or assisted suicide, and a family member says, ‘But this person did not fit the criteria,’ because, let’s say, they were incompetent — they had dementia or something like that — the doctor’s response would only have to be, ‘I was of the opinion that they met the criteria of the law.’ It’s a very very low standard,” Schadenberg said. “In fact, the standard is designed to protect no one.”

Further, the bill says the person seeking assisted suicide must request death. “You would think that the doctor or the nurse practitioner must ensure that that request has been met,” Schadenberg said. “The bill doesn’t even say that. It just says the medical practitioner must be satisfied that the request was made. Therefore if my wife were to request this for me, the doctor would only have to say, ‘I was satisfied that the request was made by Alex.’”

The legislation might have enough problematic provisions now, in Schadenberg’s view, but once it passes, other changes may come. It restricts assisted suicide or euthanasia to persons older than 18, but prior court decisions in Canada have recognized that children have equal rights to adults in health care.

“If Americans want to know where this is going, if you don’t think it can ever be that bad, read bill C-14,” he said.