Solanus Casey, the Man Who Shed His Ego 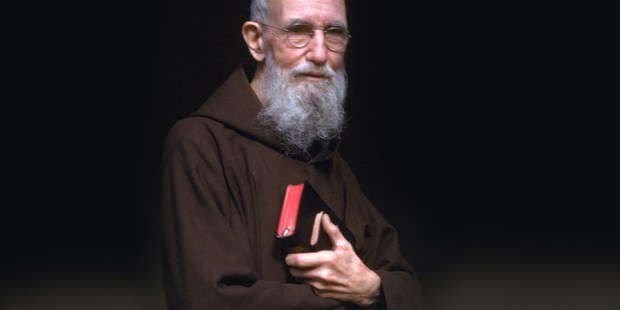 Worn down by the egotistical blustering of all the presidential candidates, I decided to refresh my frazzled brain with someone sans ego.

The search was easy. I headed right for the Official Catholic Directory of Saints. I call it the Catholic Hall of Fame, and it is filled chock full of the “egoless.” The saints managed to discover the secret to striving for and attaining a selfless persona, conquering their own egos and advancing in their spirituality to the point where it led them to love others more than themselves. The saints and those on the road to sainthood are the Catholic crème de la crème.

Many times, like most of us, they failed before they got it right, or failed again after they got it right. They just never quit trying to love God more every day. These folks ultimately emptied themselves for others before they died, many times giving their lives in doing so. The Directory of Saints is a treasure trove of Christian example for all of us, especially the young.

The “Doorkeeper” is an example of this. The “Doorkeeper” was an uncomplicated man who never aspired to be anything other than a simple priest. His name was Bernard Francis Casey, and his family and friends called him Barney. Barney, like so many other Catholic saints, shed his ego.

Barney was born in Oak Grove, Wisconsin, in 1870. He was the sixth of 16 kids of Irish immigrants. When Barney was a boy he contracted diptheria, which left him with a permanently raspy voice. (This would inhibit his speaking ability for the rest of his life.) Young Barney felt the call to the priesthood, but at the age of 16 he hit a detour. He had to go to work to help the family.

Barney Casey always did whatever job (lumberjack, prison guard, streetcar operator and even a hospital orderly) to the best of his ability, wanting to serve his God in all things. When he was 21 he was finally able to enter St. Francis High School seminary in Milwaukee. He spent five years there before being able to move on and join the Order of Friars Minor Capuchin. Upon his acceptance he took the name of Solanus after St. Francis Solanus, a 17th-century missionary.

Solanus Casey  was finally ordained a priest at the age of 33. He had to study extremely hard to reach that goal and when he was finally ordained he was given the title “sacerdos simplex,” which means “simple priest.” This meant he was not permitted to preach or hear confessions. He never complained and took joy in having the honor and privilege of being able to offer the Holy Sacrifice of the Mass.

Father Casey lived in Detroit, and his main job at the monastery was being the doorkeeper. Wanting to do the absolute best at whatever God chose for him, Father Casey became a fine doorkeeper. He did this for well more than 20 years. Unexpectedly, he also became known for his service to the sick and for the advice and consultations he would have with visitors. People began attributing cures and other blessings to his interaction with them or others. He quickly became known as “The Doorkeeper.” He died in 1957 at the age of 86.

Father Casey was a man who happily opened and closed doors for people. He was a man who disregarded ego and was content to serve God in the simplest of ways. He was declared venerable by Pope John Paul II in 1995.

Father Solanus Casey is on the road to canonization and is a true Catholic Hall of Famer. And all he did to journey down that road was to humbly and happily open doors for people and talk to them if they wanted. He was truly a shining example of the beauty of humility and how powerful that quiet virtue can prove to be.

Solanus (Barney) Casey has recharged me. It might be nice if all of today’s bloviating pundits could hear or read his story. It would also be a fine thing if all the young people across the entire country were introduced to this God-loving, humble man who managed to become famous by simply opening doors.

Larry Peterson is a Christian author, writer and blogger who has written hundreds of columns on various topics. His books include the novel The Priest and the Peaches and the children’s book Slippery Willie’s Stupid, Ugly Shoes. His latest book, The Demons of Abadon, will become available in the spring of 2016.  He has three kids and six grandchildren, and they all live within three miles of each other in Florida.