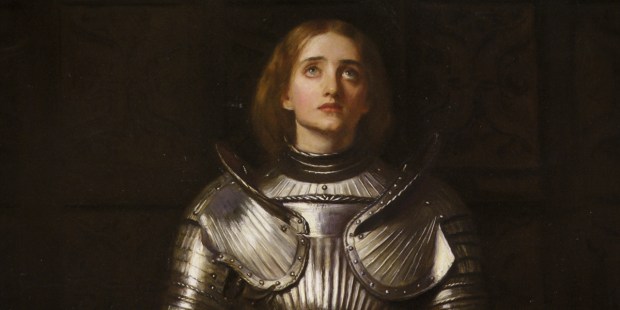 The fact that Twain’s last completed novel, published when he was 61 years old, is a biography of Joan of Arc, is not so well known. But his visits to France’s National Archive to read the transcripts of trial that took the saint to the stake are even less known.

As Stephen K. Ryan states in his article for Patheos, Twain spent 12 years studying, researching and collecting information for his book, including the investigation that ended up clearing Joan of Arc’s name 25 years after her martyrdom.

Twain himself admitted this was not only his personal favorite but also his best-written book: “I like Joan of Arc best of all my books, and it is the best; I know it perfectly well. And besides, it furnished me seven times the pleasure afforded me by any of the others; twelve years of preparation, and two years of writing. The others needed no preparation and got none.”

Twain felt a true, deep admiration for the French saint — even though he was known to be a Presbyterian. After studying both the English and French accounts of her story, he wrote, in a later essay, in 1904, that Joan of Arc was the “wonder of the ages […] stainlessly pure, in mind and heart, in speech and deed and spirit. […] Taking into account, as I have suggested before, all the circumstances — her origin, youth, sex, illiteracy, early environment, and the obstructing conditions under which she exploited her high gifts and made her conquests in the field and before the courts that tried her for her life — she is easily and by far the most extraordinary person the human race has ever produced.”