Lessons on Motherhood from St. Zelie Martin, Mother of Thérèse 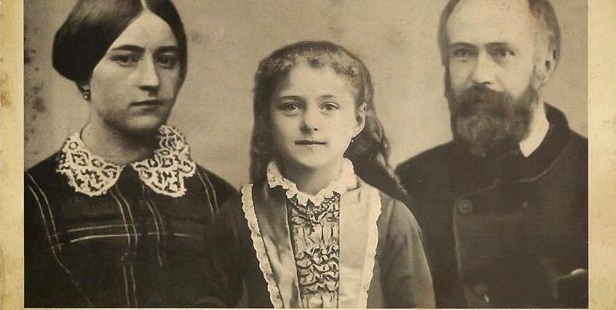 It was not all roses raising Thérèse and her 8 siblings

Do you feel overwhelmed being a mother? Are you frustrated that your kids don’t listen to you? Do you struggle with balancing work, family life and prayer? Are you afraid for the salvation of your stubborn children?

If you answered yes to any of those questions, you have much in common with St. Zélie Martin, mother of the “greatest saint of modern times,” St. Thérèse of Lisieux.

It was not “all roses” raising the Little Flower and her eight siblings (not all of whom survived past infancy). She wanted the best for her children and was disappointed when their behavior was less than saintly.

For example, Zélie recounts one incident with Thérèse that may sound all too familiar to a mother:

“One morning, before going downstairs, I wanted to kiss Thérèse … so I bent down toward her to give her a kiss, but she immediately hid herself under the clothes, saying with the tone of a spoilt child, ‘I don’t want anyone to look at me.’ I was not pleased with her, and told her so” (The Mother of the Little Flower).

Zélie later wrote about how she worried about Thérèse and her future:

“As for [Thérèse], one cannot tell how she will turn out, she is so young and heedless … her stubbornness is almost unconquerable. When she has said no, nothing will make her change; one could leave her all day in the cellar without getting her to say yes. She would sooner sleep there” (Story of a Family).

However, Thérèse was not the only difficult daughter. Zélie identified her most stubborn and obstinate child as Léonie, the third oldest. She writes,

“I am not displeased with my Léonie. If only one could succeed in getting the better of her stubbornness, and rendering her character more flexible, we could make her a good daughter. … She has a will of iron. When she wants something, she triumphs over every obstacle in order to gain her ends. But she is not at all religious. She says her prayers only when she cannot do otherwise” (Story of a Family).

Zélie had such trouble with Léonie that she wrote, “It is Leonie’s future which worries me most. I ask myself, What will become of her when I am gone? It frightens me! If the sacrifice of my life were necessary to make a saint of her, I would gladly offer it” (The Mother of the Little Flower).

It was not easy raising five daughters and it took its toll on her. She expressed her exhaustion in a letter to her daughter Pauline, saying, “I long for rest. I have not even the courage to struggle on. I feel the need of quiet reflection to think of salvation, which the complications of this world have made me neglect” (The Mother of the Little Flower).

In the midst of these trials, Zélie maintained a spirit of hope and prayer, daily working for the salvation of her children. She wanted them to be saints and dedicated her children to God at the moment of their birth.

Her labors eventually bore much fruit with all five daughters entering religious life. Surprisingly, the two children Zélie worried about the most (Thérèse and Léonie) are now recognized for their heroic and virtuous lives. Thérèse was canonized a saint in 1925 and Léonie was declared “Servant of God” in 2015.

Above all, Zélie gives us a picture of motherhood that is very “human” and expresses the fears and longings of all mothers. She gives us hope that if we truly desire the sanctity of our children, they may not turn out so badly in the end. Who knows? Our most stubborn child may become the greatest saint of their generation.

St. Zélie Martin, pray for us and all mothers!