Suicides Are up — What to Do About It 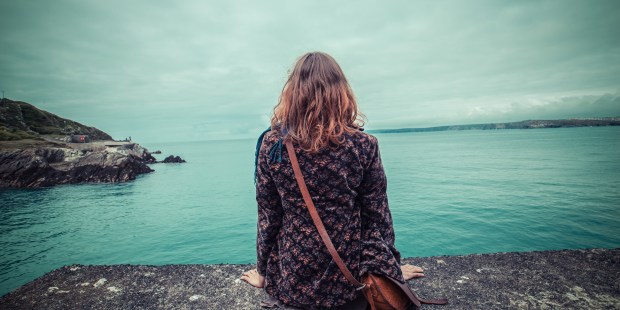 While society is losing its cohesion, faith provides community and hope

There’s plenty of research to be done on why there’s been a significant rise in suicides in America, but at least one prominent psychiatrist suggests that the answer might be found in the breakdown of social cohesion, family and faith.

Perhaps the most troubling aspect of the report is the tripling in the rate of suicides among pre-adolescent girls.

Though there are some “fixed, biological predisposing factors” involved in suicide, those have not changed since the beginning of the study. “So something else has to be at work here that’s influencing this rise,” Aaron Kheriaty, author of The Catholic Guide to Depression, said in an interview. “We know that many of the risk factors for suicide are not these fixed, innate biological determinants. They’re environmental and social and cultural influences.”

Kheriaty, associate clinical professor of psychiatry and director of the Medical Ethics Program at the University of California Irvine School of Medicine, said researchers have some ideas of where to begin looking. “We know that suicide is associated with anything that causes a person to be more socially isolated,” for example. That’s a pretty well-established fact that has been backed up by data collected since the 1890s.

“Things that cause people to have fewer social ties, or to be more alienated or isolated would increase the risk of suicide,” Kheriaty said. “We know that those who are divorced, widowed or never married are at a significantly higher risk for suicide than individuals who are married.”

Social ties are weakening in other ways as well, Kheriaty said, citing work by sociologist Robert Putnam and political scientist Charles Murray, showing that people have fewer and weaker ties to family, friends and mediating institutions, such as churches and civic groups.

And while social media is supposed to be bringing people together, it’s debatable whether the tech experiment is succeeding in building cohesion. What it does seem to be doing, though, is facilitating a suicide mentality in some quarters.

“To what extent is information available on the internet about how to take one’s own life, put forward by right to die societies, the assisted suicide and euthanasia movement? To what extent is that influencing people’s attitudes and behaviors? I think it’s probably playing a role,” Kheriaty mused. “Anecdotally, I can certainly find patients who have been influenced by the right to die movement or the euthanasia movement — online resources, online information. These are individuals suffering from depression or personality disorders or other mental illness that already put them at risk, and that risk is enhanced, and they can go online and connect with other people who are promoting attitudes toward suicide and paint it as the solution to problems.”

Regarding the finding that the suicide rate for females aged 10-14 had the largest percent increase (200 percent) during the study’s time period, tripling from 0.5 per 100,000 in 1999 to 1.5 in 2014, Kheriaty commented that girls of that age group are “in a culture that holds up sometimes impossible ideals for young women in terms of achievement, body image, what the ideal of attractiveness or beauty looks like — oftentimes prematurely and excessively sexualized, images or ideals of what young women should be doing or how they should be presenting themselves. These things lead to all kinds of difficulties, including eating disorders, depression, other adolescent mental health problems linked to the pressures that young women face, to be attractive or successful.

“There’s a culture that values and drives young people toward entrepreneurial success, usually defined as material success, and kind of an excessive obsession with high academic achievement,” the psychiatrist continued.

Additionally, Kheriaty reasoned, adolescents and young adults are falling victim to a utilitarian attitude that’s become ingrained in areas directly affecting them: “I’m worthy insofar as I can achieve things, rather than I’m valuable and worthy because I have an innate dignity as a child of God.”

“There’s a tendency in our culture for young adolescents to be seen as a means rather than an end in and of themselves,” he said. “The market certainly treats them as a means: they’re consumers. Increasingly, I think, athletics treats young people as the means to an end. They’re there to support the club team so the coach can make a lot of money coaching a club team and help recruit people to be on the high school team, and he can help the college coaches recruit for the college team.”

Are there solutions to the increasing suicide problem? No doubt there are, but for one who wrote a book called The Catholic Guide to Depression, it is perhaps natural that a religious answer comes to mind first.

“Religious faith or convictions or practice certainly don’t inoculate or immunize a person against suicide,” Kheriaty said. “People of deep religious faith and conviction or people who have moral beliefs that are opposed to suicide, nevertheless many of them may end up taking their own lives, if they’re under stress or in deep, profound anguish, usually from something like a serious mental illness.

He said there are three hypotheses as to how religious faith protects one from suicidal tendencies:

“That religious conviction then sustains them through difficult times and also gives them a sense that suffering is not entirely meaningless,” Kheriaty said. “They might not understand it; it’s very difficult to endure. But God is permitting this for reasons that I don’t entirely understand, but it’s not entirely pointless.”